ALERT LEVEL 3 - STEP 2 UPDATE: Events are postponed or cancelled while we are at Alert Level 3. Many cafes and restaurants are open for contactless pick up or delivery, see here for more and retailers have re-opened, with customers able to enter premises, wearing face coverings and keeping 2-meters apart. Public facilities like libraries, galleries and museums can also reopen with face coverings and 2-meter physical distancing required. 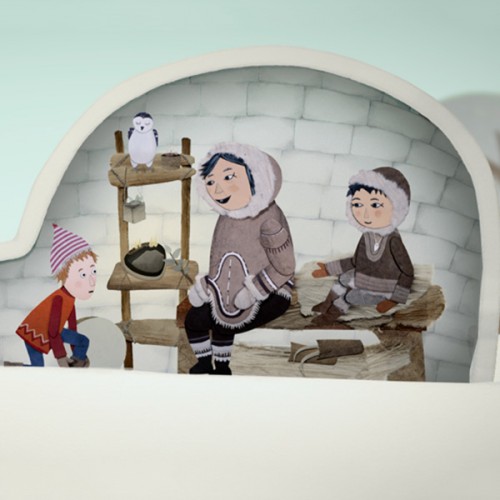 Enjoy a compilation of short animated films for all ages kindly presented by The Alliance Française Auckland for these school holidays.

A very lazy little boy is scolded by his mother for doing nothing but sleeping and eating all day long. He finally decides to get to work and reveals himself to be an inventive and persistant young men.

One day, while the girl with the magic sheet is dozing, a seed falls into her mouth. A little shoot starts to grow...

This is the story of a tree like all others. One day, he puts on his boots and goes for a walk. He invites every person on his way to join him. The walk becomes a joyful parade...

Prune is a 9 year old girl who is going skiing with her class. A terrible storm descends on the city where her family lives. Her young brother Philémon is about to make a surprising discovery: an Eskimos family has set up house on a roundabout...

Wednesday 4 October 11am and 1pm