New word art has popped up along Queen Street
Add to favourites
Various locations in the city centre,
Show on map
Arts and CulturePublic Art

Have you spotted the new snippets of city centre life popping up along Queen Street? Time spent relaxing in Albert Park, texts between friends about a night on the town and a 1960s vision of the City Rail Link are just some of the inspirations behind seven new pieces of writing we’ve put on display.

Selected from hundreds of submissions from acclaimed poets and everyday Aucklanders we’re so excited to bring these examples of local creativity to light.

“Through In Your Words, we’re reminded of the past, present and future stories of our city centre – we’re delighted to put some of our local writers and their words on show where thousands of people can enjoy them every day.”

Unity Books bookseller and poet Hera Lindsay Bird joined us to select the winners and was drawn to the variety of different viewpoints and stories - from fun with friends like in Cedric Fa`ai Tevaga’s piece, taking public stances in protest like Kirsty Smith’s and sitting back and enjoying nature right in the middle of things like Peter Bland’s.

Another of the writers, Miriam Moore, says she wanted to encourage people to stop and take in their surroundings. “If you don't have a favourite building (or artwork) on Queen Street you're not looking hard enough!”

For the months ahead, there are now seven new reasons to pause and reflect: the In Your Words installations can be seen on utility boxes at intersections along Queen Street.

In Your Words pieces on display now in the Queen Street area:

Our future's forming
out of old dreams:
I swear I saw
Robbie's eyes gleam.
Elizabeth Kirkby-McLeod
At Queen Street side of Aotea Square

In Albert Park
the sounds of the city
litter the grass
like falling leaves.
Peter Bland
Corner Wellesley and Queen Streets

It can be surprising how beautiful the architectural detail is above the awnings. Simply cross the road and look up.
Miriam Moore
Corner Wyndham and Queen Streets

Together we have the power to be heard by the world. That starts here.
Kirsty Smith
Corner Shortland and Queen Streets 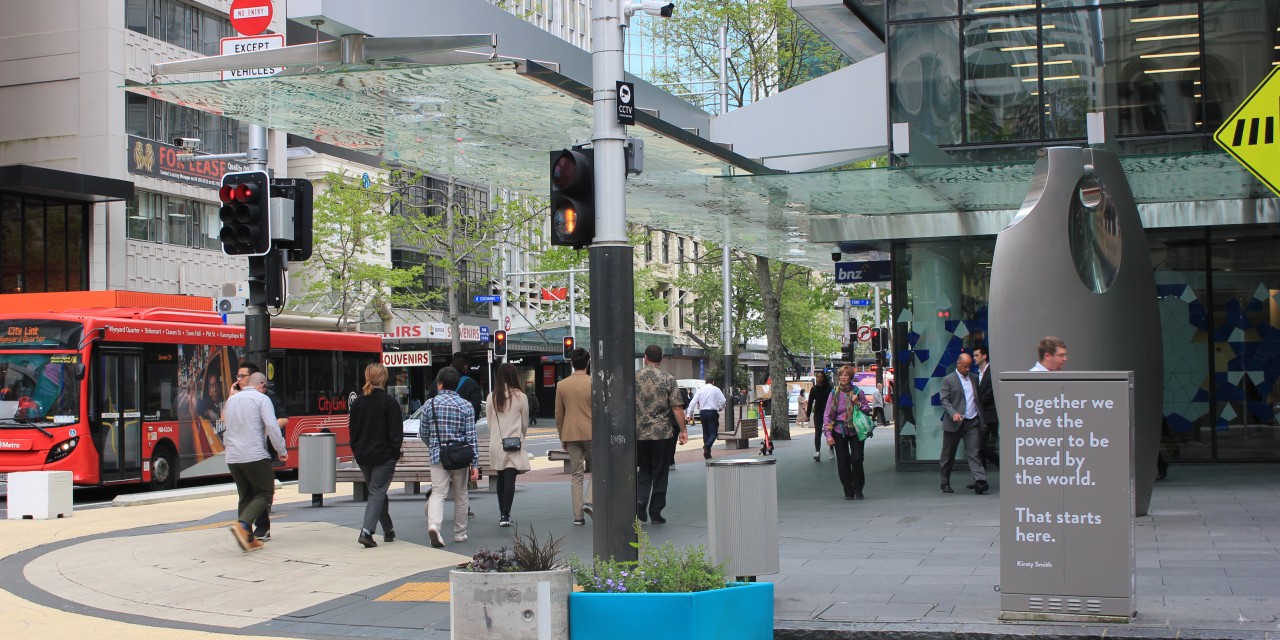 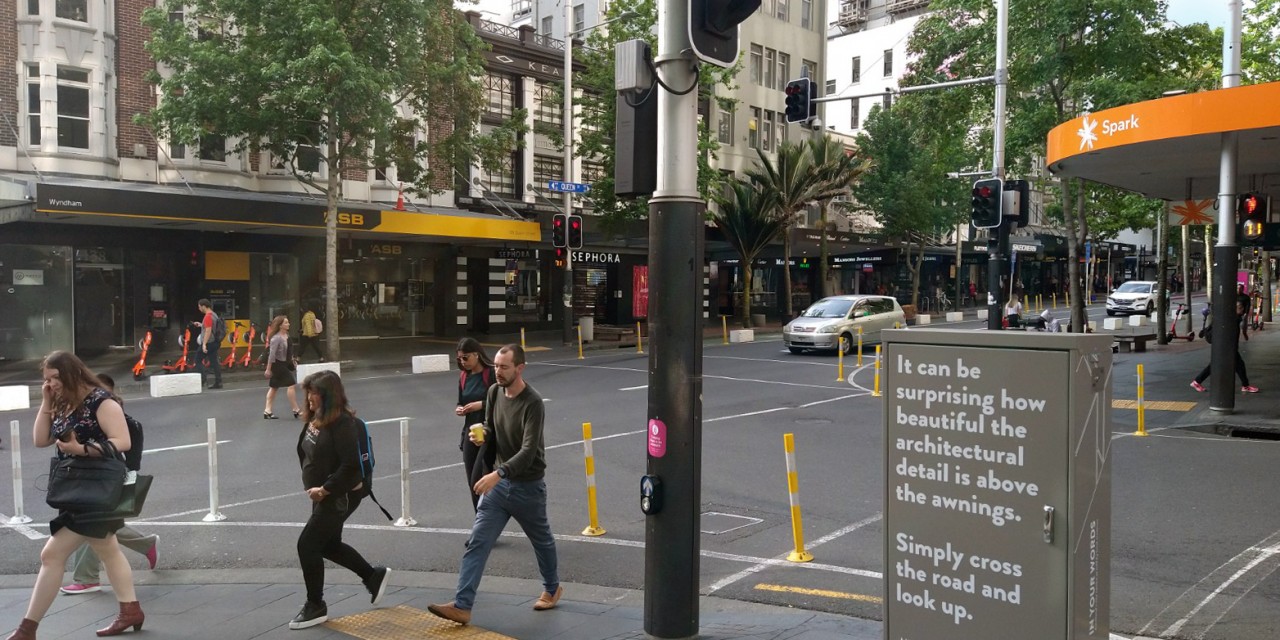 Enjoy two hours of free parking or $5 evening and weekend rates. Find out more. Ride on public transport from as little as $2 each way. Find out more.
Arts and CulturePublic Art
Free
Add to favourites