Stay safe. Stay home. All events are postponed while we are at Alert Level 3, and non-essential businesses closed. Some restaurants are open for takeaways, and some retailers will trade online. We will update as more information becomes available.

Archived: A Taste of Aaharn

Do not miss this chance to experience one of the world’s true culinary legends as they take residency at Federal Street’s HUAMI for one night only this October.
Add to favourites
Huami
HUAMI, SKYCITY Auckland, 87 Federal Street
$230 per person
Get tickets
Show on map
DiningDinner

A Taste of Aaharn MENU 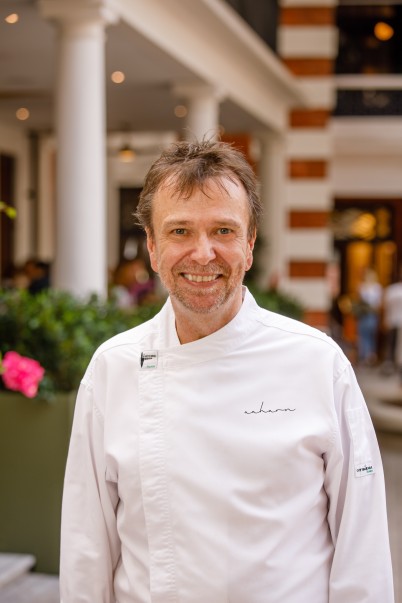 David Thompson is an Australian born chef, restaurateur and cookery writer, known for his skill and expertise in Thai cuisine (he has lived in Thailand for more than 30 years). His first restaurant, Darley Street Thai, opened in 1991 in Sydney, where it won Best Thai Restaurant from The Sydney Morning Herald for eight consecutive years. David then opened another award-winning restaurant, Sailors Thai in 1995 at The Rocks, Sydney.

In 2001, he made his name internationally when his restaurant Nahm, in London, was the first Thai restaurant in the world awarded a Michelin star within six months of opening. In 2010, he then opened Nahm in Bangkok, listed as Asia’s third-best restaurant in 2013, and one of the top 50 restaurants in the world.

Thompson left the Nahm brand to build a new food business – Aylmer Aaharn, as a way to explore, promote and preserve Thai gastronomy. This business includes restaurant Aaharn in Hong Kong and the Australian-based restaurant group Long Chim (based on Thai Street food) – with restaurants in Singapore, Melbourne, Sydney and Perth.

Teaming up with HUAMI is a logical fit. The kitchen is befittingly laid out for preparing and cooking Thai cuisine and with a number of Thai chefs on staff; the restaurant is ideally placed to produce what will be an extraordinary and authentic Taste of Aaharn, right here in the heart of the city. Expect the full spectrum of Thai flavours and dishes, from vibrant salads to piquant soups and rich curries. 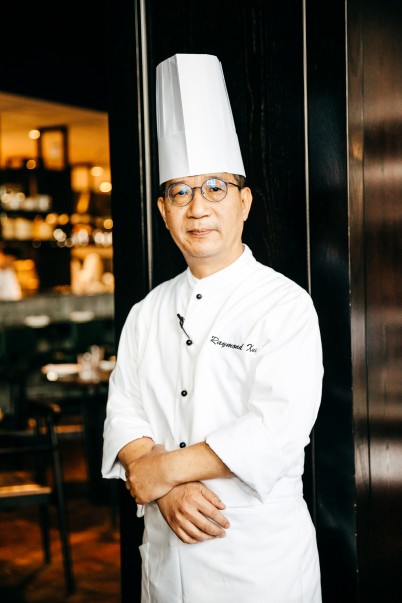 Do not miss this chance to experience one of the world’s true culinary legends as they take residency at Federal Street’s HUAMI for one night only this October.