Get ready to lick your fingers
Add to favourites
DiningArticle

Chicken lovers if you're looking for where to get the best fried chicken in the city centre, look no more! We've rounded up some of Auckland's city centre's best spots for fried chicken that will satisfy all your cravings. 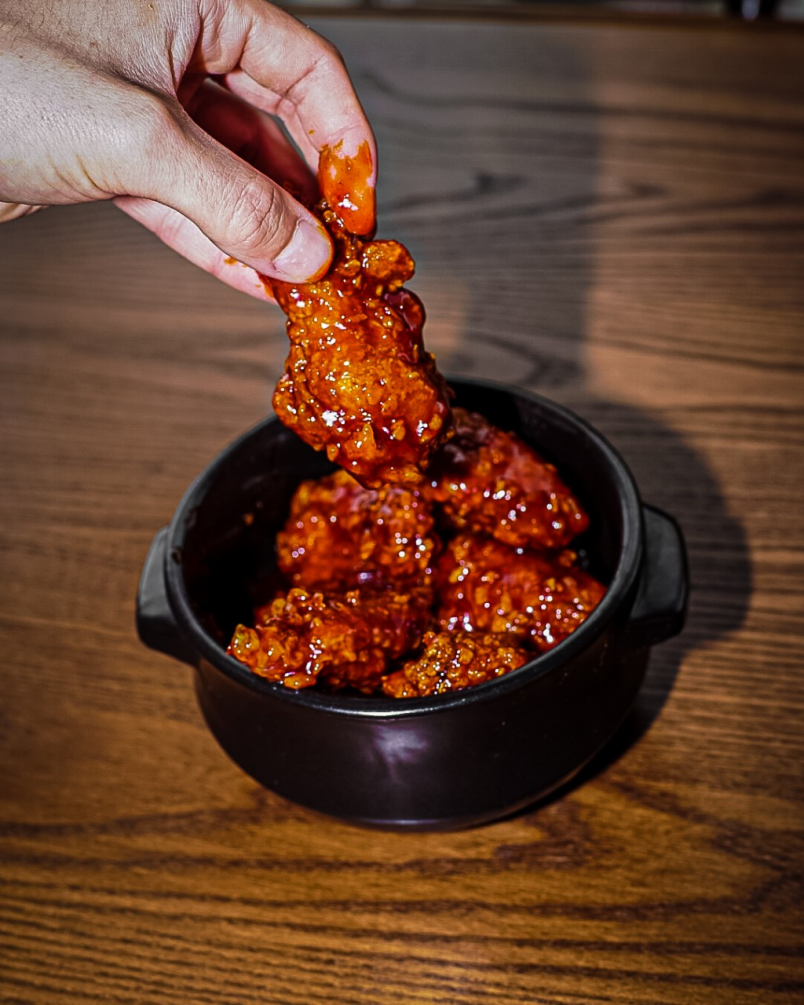 Meaning chilli pepper in Korean, Gochu serves fresh and flavour filled Korean Cuisine. We particularly love Jason’s Fried Chicken dish. This Korean fried chicken is coated in Jason’s (the chef) secret sauce. It's this dish amongst many others that is making Gochu one of the city centre's most popular eateries of late. 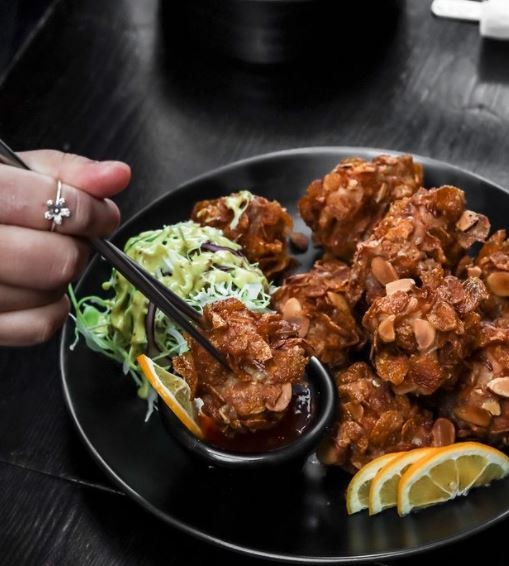 In popular Korean culture the term "Pocha" refers to a place where people are brought closer together. Often a single plate of food is ordered to share among friends, and at Pocha restaurant in Chancery Square, we can't take our eyes off fried chicken dish coated with almonds and corn flakes... super crunchy, super delicious! 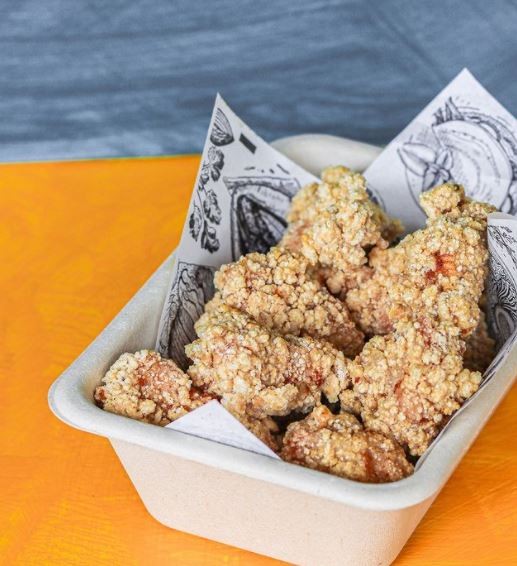 Crunchy on the outside, juicy on the inside, Kai Eatery is your destination for some fried chicken inspired by the Night Street Markets of Taipei in Taiwan. With two locations in Rutland Street and Commercial Bay, the food here is a winner every time. 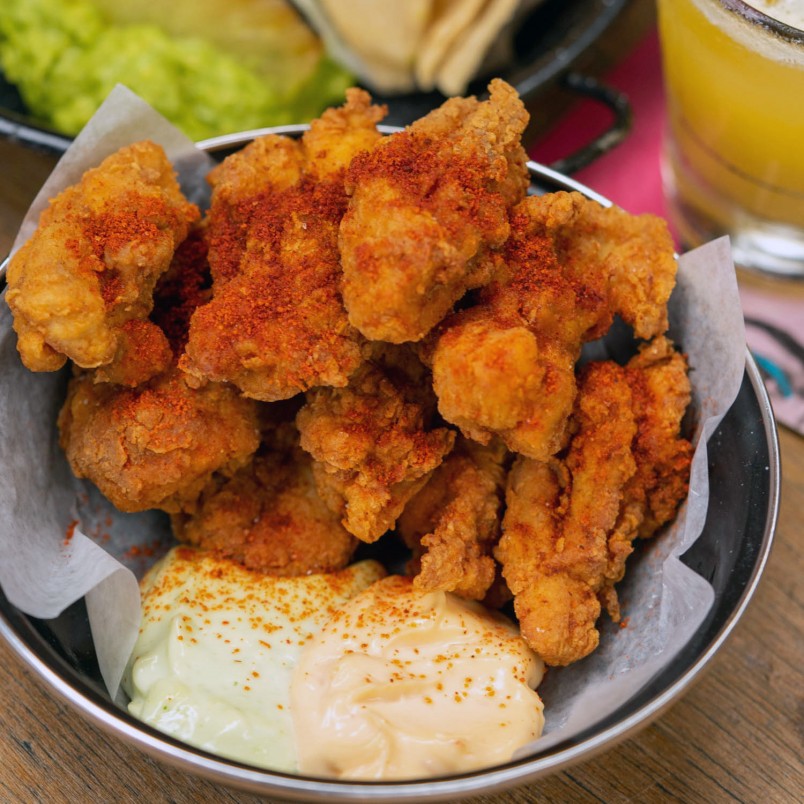 Inspired by the streets of Mexico, dining at Mexico is an immersive experience. Besides the lively vibe, the long list of Margaritas and the authentic flavours, Mexico is also known for it's delicious fried chicken with jalapeño mayo, chipotle mayo and chili powder. Don't look past it! 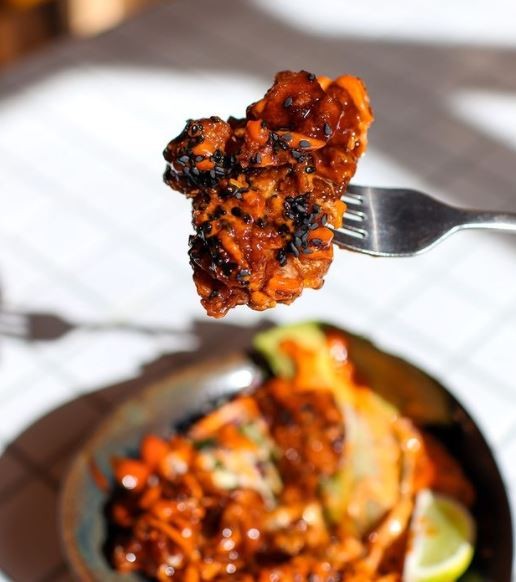 Bird on a Wire specialise in all things chicken, from free-range burgers to wraps and more. We recommend you try their Korean fried chicken bowl, made with Korean fried chicken, Asian slaw, pickled cucumber and carrot, avocado, Gochujang mayo, kimchi and lime. Sounds pretty yummy, right?! 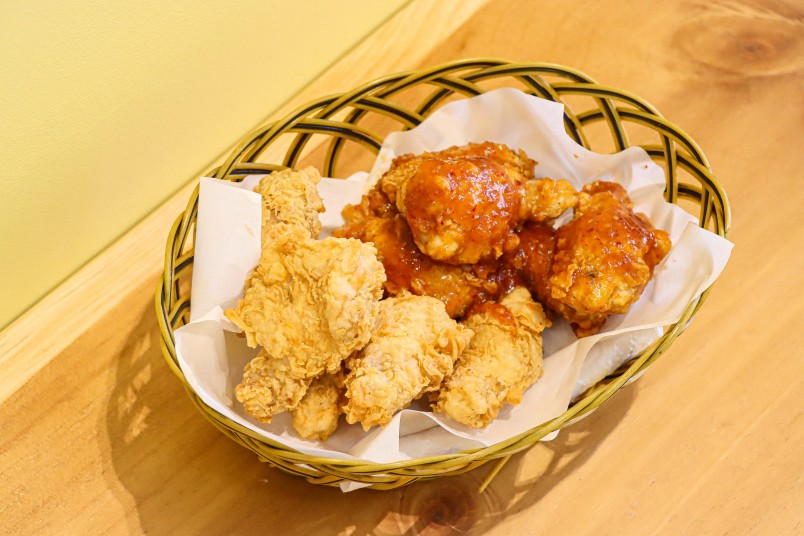 A new hole-in-the-wall eatery that's popped up on Queen Street, we're loving No 1 Chicken's crispy fried chicken offering. The seasoning is on point and the meat is juicy. Add some of their spicy seasoned sauces to add some extra kick to your meal. 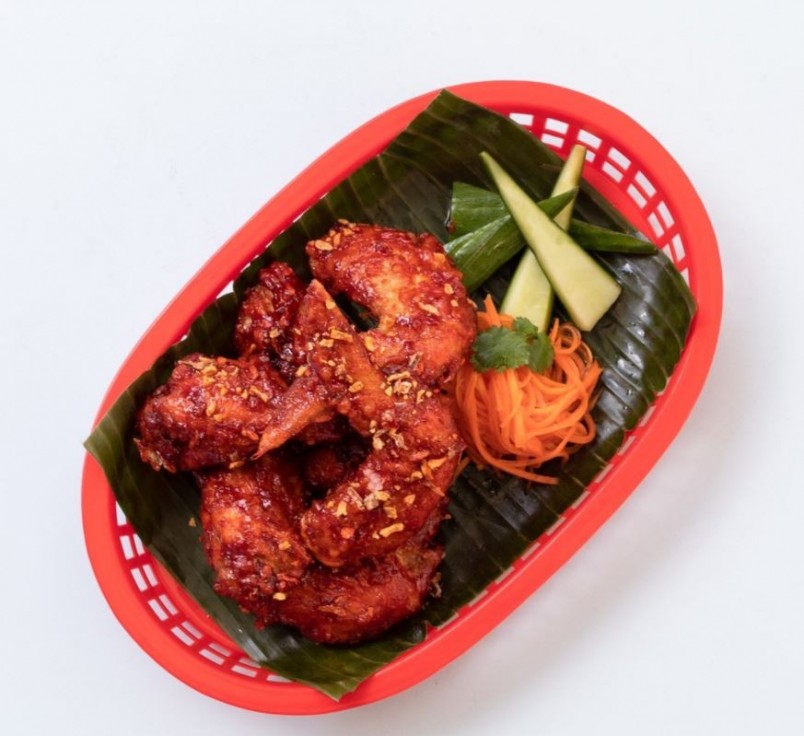 Located right in the heart of Auckland Fish Market, Bang Bang Kitchen is a modern Asian Fusion eatery that majors in bold, punchy flavors. Try out the Forever Crispy Chicken Wings served with Korean hot chili sauce. The flavours will explode in your mouth! 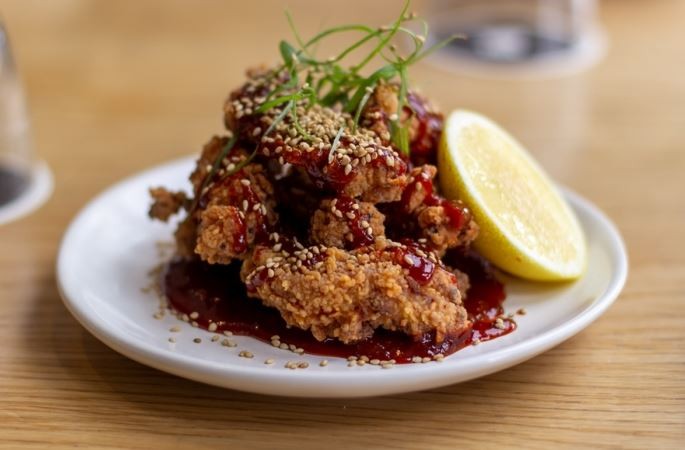 It's really difficult to say no to Hello Beasty's Karaage chicken. Served with red dragon sauce and lemon cheek, this dish is as tasty as it looks. Try it you won't regret it!