The end of four years of City Rail Link-related closure, innovative construction and meticulous restoration is celebrated with Auckland’s historic Chief Post Office (CPO) returned to the city, ready to resume its role as the ‘front door’ to the Britomart Transport Centre.

The re-opening follows a complex engineering feat to remove original support columns out of the way of the City Rail Link tunnels and transfer the CPO’s weight to new foundations without damaging the Category A-listed heritage building.

City Rail Link Ltd’s Delivery Manager, Scott Elwarth, says that constructing tunnels is fairly straight forward. However, do this under a heritage building in reclaimed land and the engineering challenges soon mount up.“It involved one of the most complex engineering challenges seen in New Zealand – transferring the CPO’s weight on to temporary foundations to keep the historic building protected during construction. We had to work in some pretty confined spaces, under 14-thousand tonnes of masonry building and excavate reclaimed land below sea level with the Waitematā Harbour just across the road" Elwarth says. 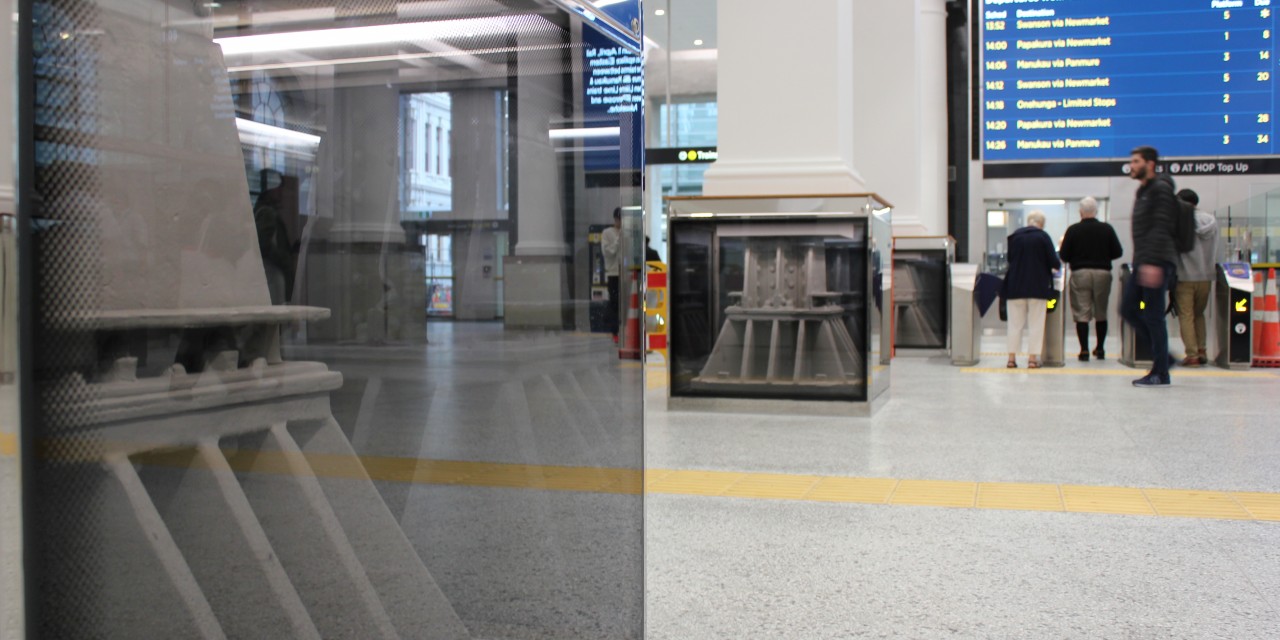 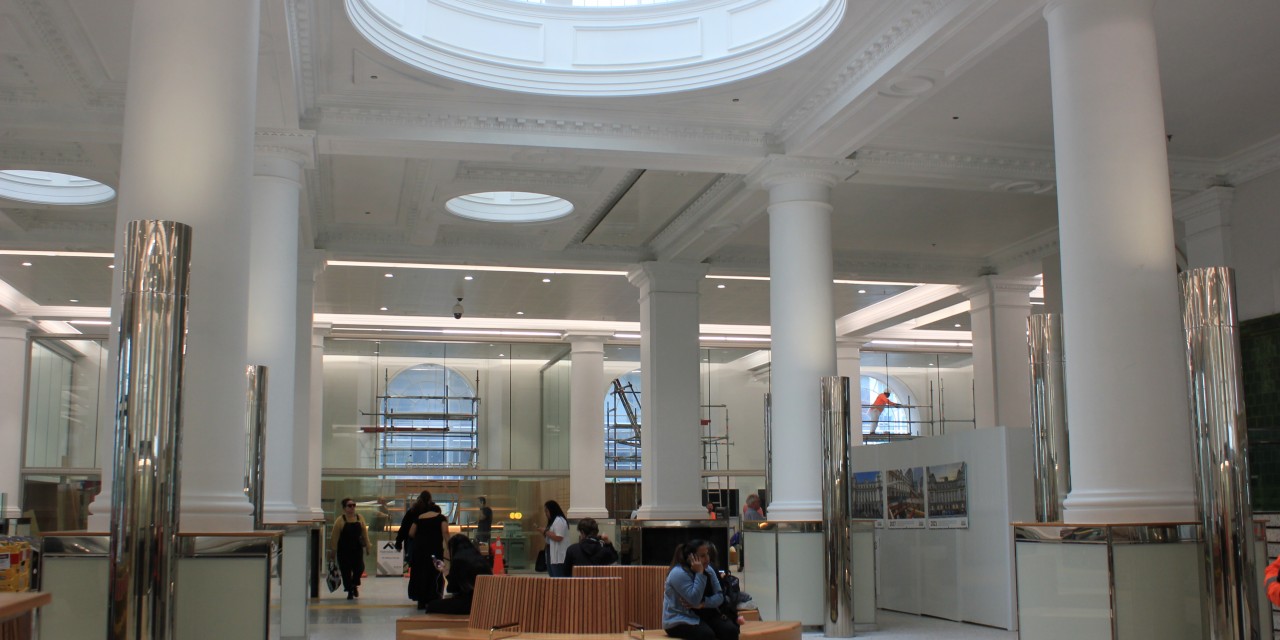 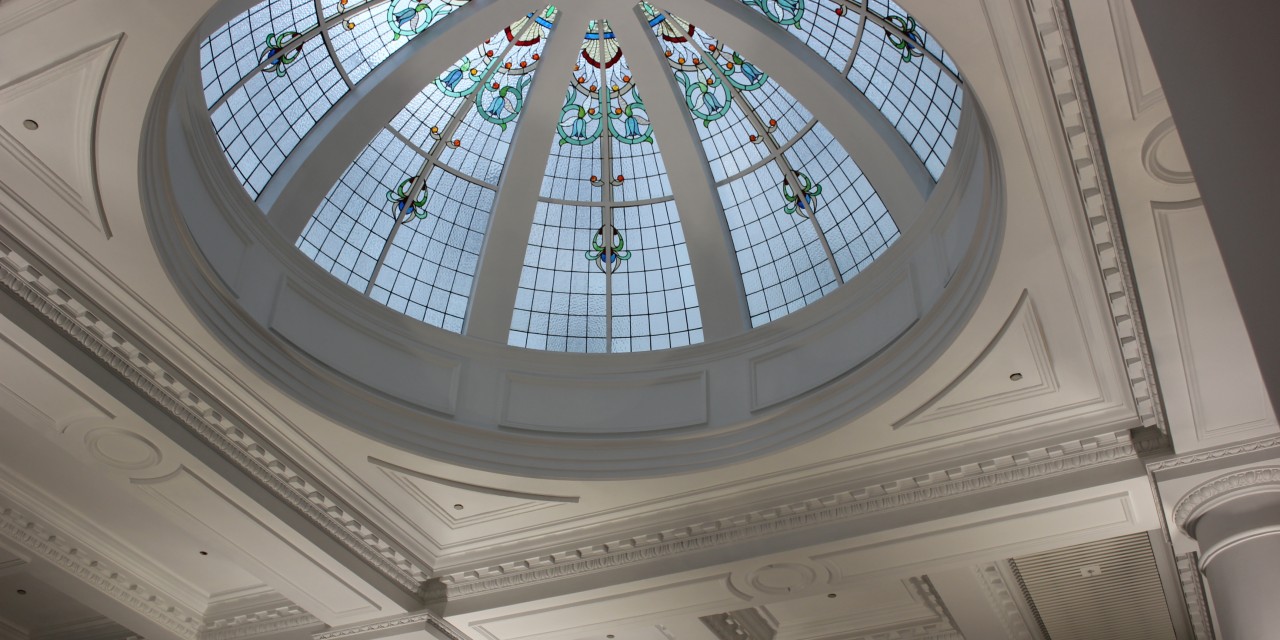 Its handsome exterior providing elegant Edwardian-age presence in the heart of the city - not only as a communications hub, but the place where public announcements were made, where important visitors were welcomed to New Zealand, and where we farewelled soldiers marching off to a distant war.

Elegant on the outside, a rabbit warren inside - endless corridors, offices and little rooms. Over time the CPO became disused and derelict. The threat of the wrecking ball lifted when the railway was extended into the city centre in 2003 and the building converted to provide ticketing and access facilities for the new Britomart Station.

First spades hit the ground mid-2017. Work started removing the first layers of reclaimed land for a 14-metre-deep trench in lower Queen Street in front of the CPO.

The trench provided basement access for worker and machine to tackle engineering complexity on a scale not seen in New Zealand before – some original foundation columns were blocking the CRL tunnels and the immense weight of the CPO had to be transferred onto new foundations constructed outside the line of the CRL tunnels.

"340-tonnes of steel beams were required to span between rows of new piles (Diaphragm or D walls) built either side of the CRL tunnels. The CPO’s weight was transferred onto the beams to enable construction of permanent reinforced concrete foundations below. The weight of the building was then transferred onto permanent foundations" Elwarth says.

From Britomart, the tunnels under the CPO continue below Te Komititanga as well as the Commercial Bay development and up Albert Street as far as Wyndham Street. Construction of the tunnels, together with two new underground stations, continues from that point to Mt Eden.

Auckland Transport is restoring and repairing the CPO’s façade.

Scaffolding has been put up around the CPO so that work can begin on the outside of the building. Due to be completed within 12 months, Auckland Transport are currently working to clean and restore the stonework and windows of the CPO. Besides work on the façade, construction around the CPO in adjoining Galway and Tyler Streets will continue for the next few weeks.

CRL is the largest infrastructure project ever to be undertaken in New Zealand.

The 3.45km double-track underground rail line will run between Britomart Station, below the CPO and Auckland’s CBD with new stations at Aotea in the central city and Karangahape Road and the redeveloped Mt Eden Station on the Western Line. The project, which will transform Auckland’s public transport services, is planned to be completed in late 2024.

Stay informed about the entire City Rail Project at cityraillink.co.nz 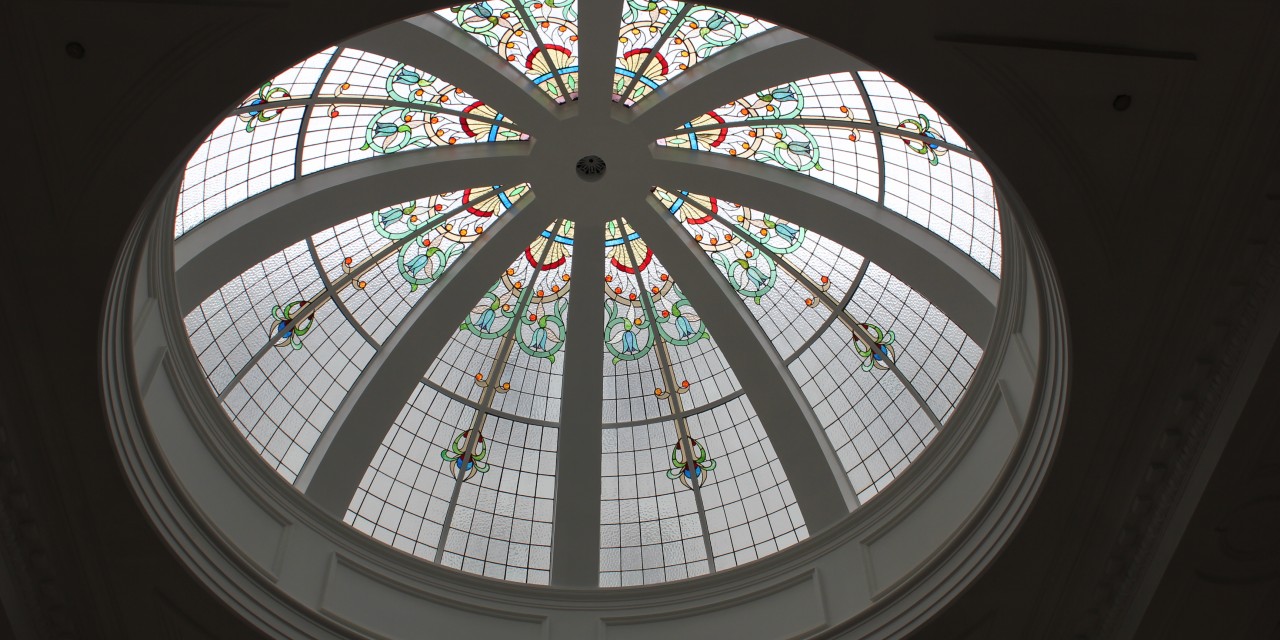 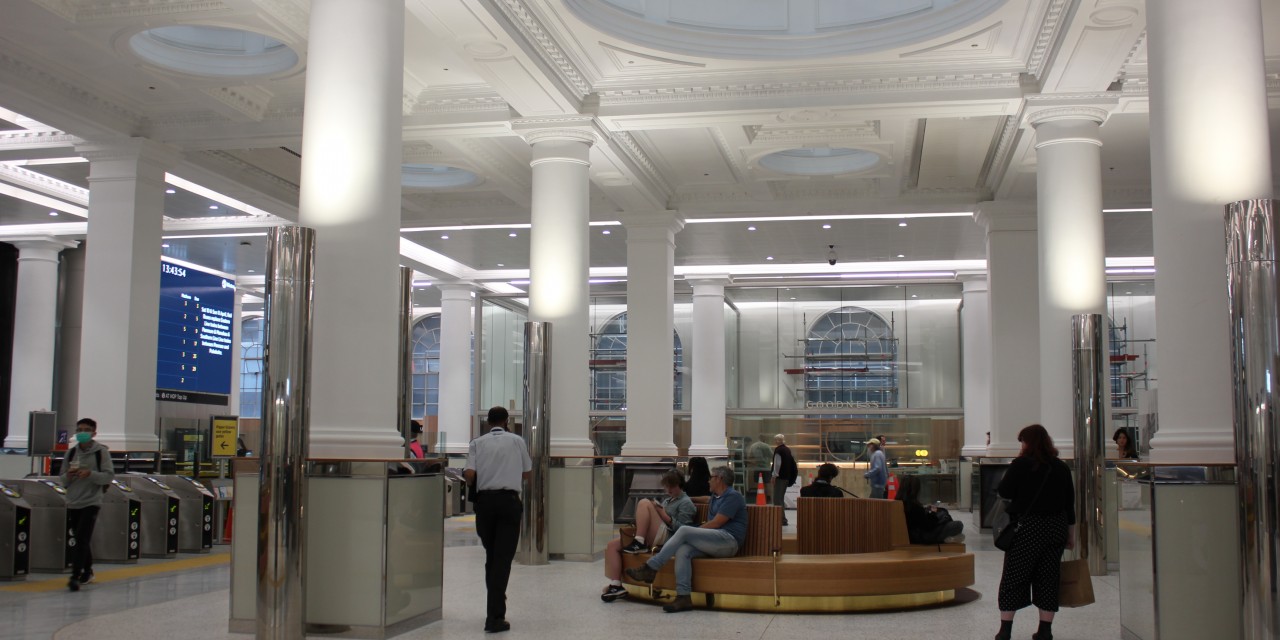 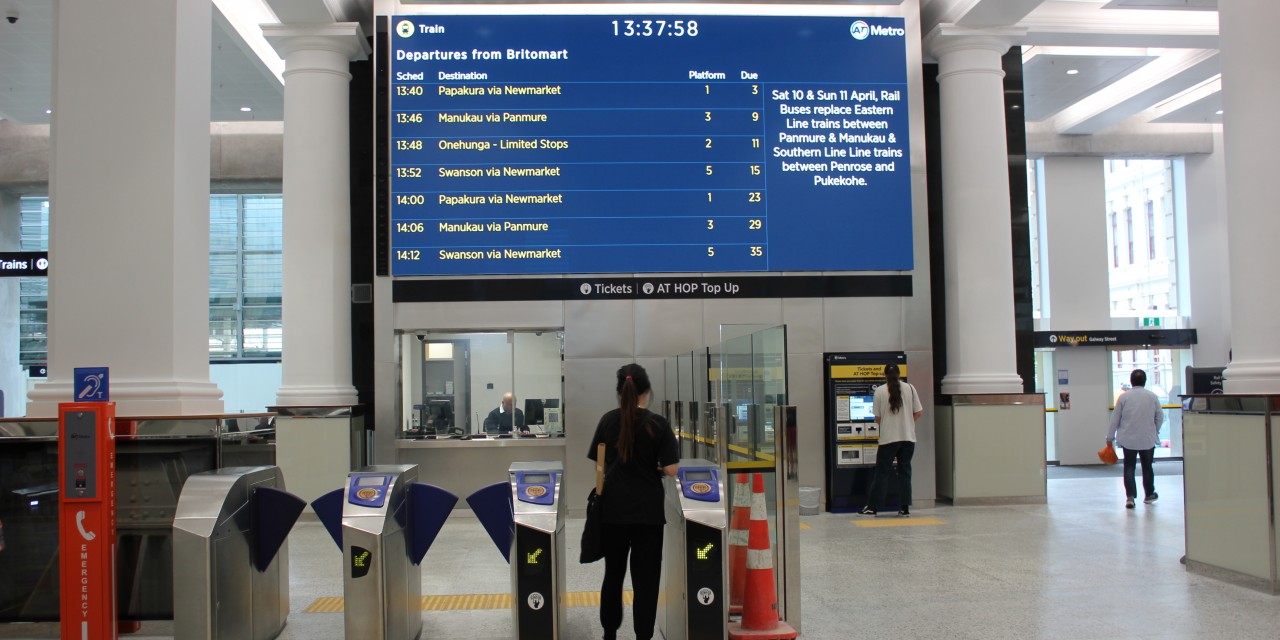 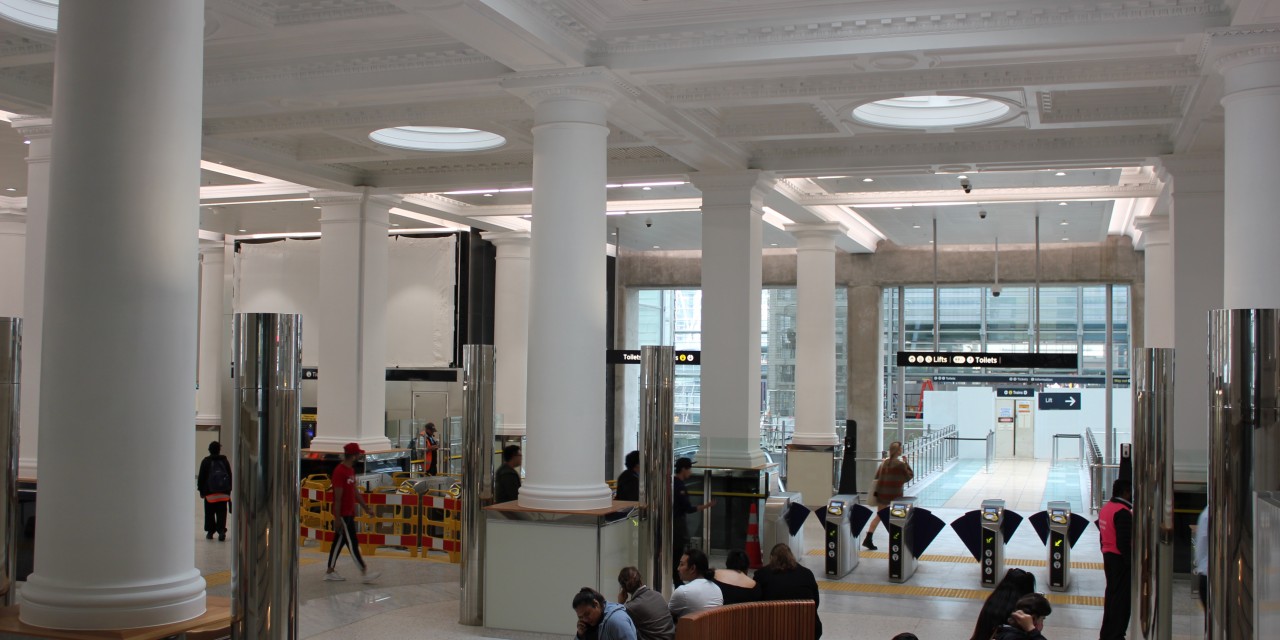 The CPO reopened on April 6, 2021 after a morning blessing lead by elders from Tāmaki Makaurau Iwi.

Preserving heritage
Apart from the primary objective of protecting the CPO, the building’s interior including distinctive curved skylights and original building materials has been meticulously reinstated.  The CPO’s building columns, old and new, are a feature of the ground floor. A number of clay and glass artefacts were unearthed within the site’s relatively small construction footprint, and the remains of the very first Queen Street Wharf built in the 1800s will become part of the final designs for the renovated Britomart Station.

Sustainability
Replacing diesel generators with electricity sourced from the national grid has saved some 34,000 litres of diesel since construction began. Since the start of works, C1 replaced over one million litres of potable water with either water collected onsite or bore water. An incredible 99.5 per cent of unwanted materials from C1 have been diverted from landfill and reused.

Cultural impact
Mana Whenua has had a prominent role in the C1 contract. Workers were given a deeper understanding of the cultural context they were working in, and Mana Whenua influences are visible in the contracts designs – Auckland’s newest premier civic space – Te Komititanga (meaning to mix or to merge) in front of the CPO was designed by Mana Whenua artists and weavers.

Social impact
CRL’s commitment to leaving a positive legacy for New Zealand through its Social Outcomes Strategy has been exemplified on C1. Since 2017, around 15 groups of high school students and graduates have visited C1. CRL Ltd’s employment programmes included C1 and focussed on young Māori, Pasifika and women, all of whom are underrepresented within the infrastructure industry.

Improved Environment
The opening of Te Komititanga has removed a busy two-way bus interchange in lower Queen Street in front of the CPO. Inside, improvements include safer access to and from Britomart station and more space for people.