ALERT LEVEL 3 - STEP 2 UPDATE: Events are postponed or cancelled while we are at Alert Level 3. Many cafes and restaurants are open for contactless pick up or delivery, see here for more and retailers have re-opened, with customers able to enter premises, wearing face coverings and keeping 2-meters apart. Public facilities like libraries, galleries and museums can also reopen with face coverings and 2-meter physical distancing required.

Archived: The Shouting Valley: Interrogating the Borders Between Us

Hoda Afshar, Portrait of Shamindan & Ramisyar, from the series Remain, 2018. Courtesy of the artist and Milani Gallery, Brisbane.

From the 28th of September to the 14th of December, The Shouting Valley: Interrogating the Borders Between Us, will be displayed at the Gus Fisher Gallery.

This exhibition features artists whose politically motivating and activating work asks us to engage in urgent discussions of injustice in order to effect change. The works in this exhibition highlight contemporary issues relating to borders and migration, questioning why freedom of movement often appears to be a Western privilege.

A subject in the forefront of people’s minds following the tragic events in Christchurch and the heinous treatment of refugees at Australian off-shore detention centres, The Shouting Valley aims to prompt an informed discussion to activate awareness and much needed change. As a country largely populated by migrants, the exhibition resonates with Aotearoa’s diverse history and asks us to think about our own individual whakapapa.

Providing the title for the exhibition is a work by Turner-prize nominee Lawrence Abu Hamdan called Language Gulf in the Shouting Valley (2013). Located in the Golan Heights between Syria and Israel, the shouting valley has a unique topography that enables an acoustic leak across the border. Here, members of the Druze population meet on either side to hear each other’s voices and wave to one another across the divide.

Bringing together major new commissions including film, photography, painting and installation, the exhibition is intended as an open dialogue between artists, perspectives and experiences. Through a fervent examination of the politics of the voice, the border and representation, The Shouting Valley foregrounds voices that would otherwise be unheard, and asks for us all to take the time to listen.

“I am a shadow of my former self. I no longer smile or laugh like I used to, or make others laugh.”
Displayed message from detainee, 501s by Cushla Donaldson

Open 10am - 5pm Tuesday to Friday and 10am-4pm on Saturdays. An opening event will be held on September 27th from 6pm onwards. 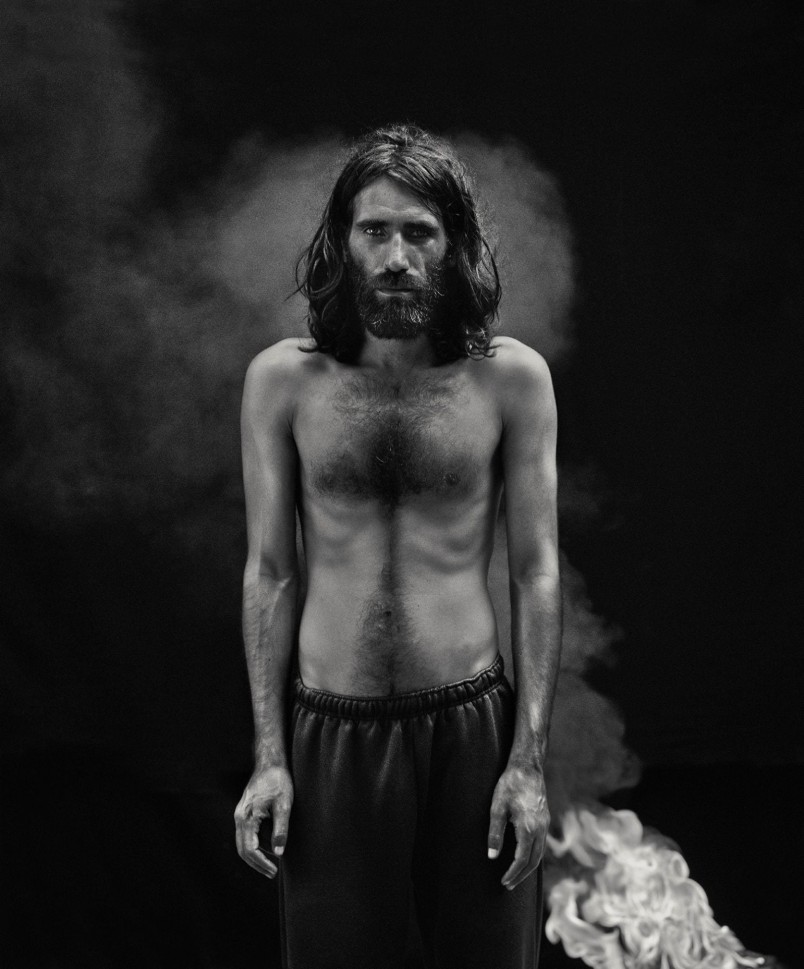 Hoda Afshar, Portrait of Behrouz Boochani, from the series Remain, 2018. Courtesy of the artist and Milani Gallery, Brisbane.