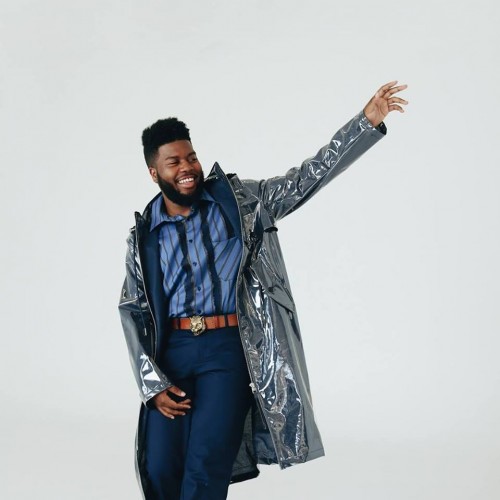 21-year old superstar Khalid is heading back to New Zealand shores for his Free Spirit Tour. With his Grammy-nominated debut album American Teen having been certified double Platinum and his new record Free Spirit finally out in the world, there’s no better time for fans down under to experience the El Paso singer’s magic.

Khalid will kick off the Free Spirit Tour in Auckland on Thursday 21 November, before crossing the Tasman for shows in Brisbane, Melbourne, Adelaide and Sydney. Don’t forget - the Australian and New Zealand legs of his American Teen Tour sold out in 2017.

The release of Free Spirit is accompanied by a companion short film directed by Emil Nava, which screened in cinemas for a limited 24 hour period and also allowed fans an exclusive chance to hear the record in full before its release. The film is creatively parallel to the album, adding visual elements to the music to tell stories of the beauty and the pain of Khalid’s childhood. Check out the film’s trailer here.

Since then, Khalid’s success has continued to skyrocket, with major co-signs from the likes of Elton John and Kendrick Lamar. He has made his mark through a plethora of international chart-topping singles, so it’s no surprise that in 2018, Khalid was nominated for a whopping five Grammy Awards, including Best New Artist, and also took out 4th place in the BBC Sound of 2018 poll.

Khalid is one of the defining artists of his generation, and his New Zealand show is not to be missed.

Tickets go on sale to the general public at 11am on Wednesday, 17 April from Ticketmaster.

Enjoy two hours of free parking or $5 evening and weekend rates. Find out more. Ride on public transport from as little as $2 each way. Find out more.
Add to favourites