ALERT LEVEL 3: All events are postponed or cancelled while we are at Alert Level 3. Some cafes and restaurants are open for contactless pick up or delivery and most retailers are trading online with grocery, pharmacy or other permitted services allowing customers on their premises.  We will update as more information becomes available. 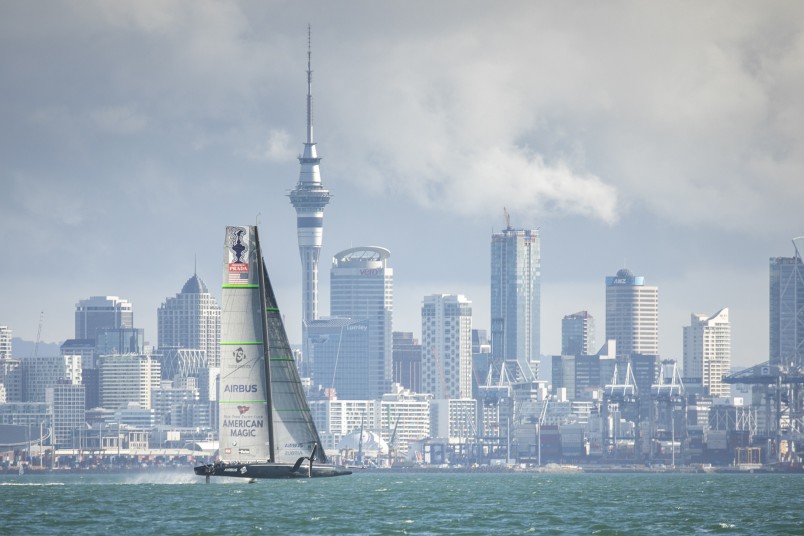 Don't miss out on the PRADA Cup Semi Finals scheduled for the 29th, 30th and the 31st of January with the final day of Semi-Finals being on the 2nd of February. Followed by the PRADA Cup Final, scheduled  between the 13th to the 22nd of February. The racing schedule for Semi-Finals has two races per day taking place between 3pm to 5pm each day and during the PRADA Cup Finals the estimated time of racing will be between 4pm to 6pm. With American Magic returning to the water for the Semi Finals, it’s set to be an exciting weekend of racing! Plus, if you've ever wanted to meet the Emirates Team New Zealand crew members, Saturday January 30th is your chance! Head to the Emirates Team New Zealand Fan Day at SkyCity from 1pm-3pm to meet six of the crew and see the Auld Mug in real life. 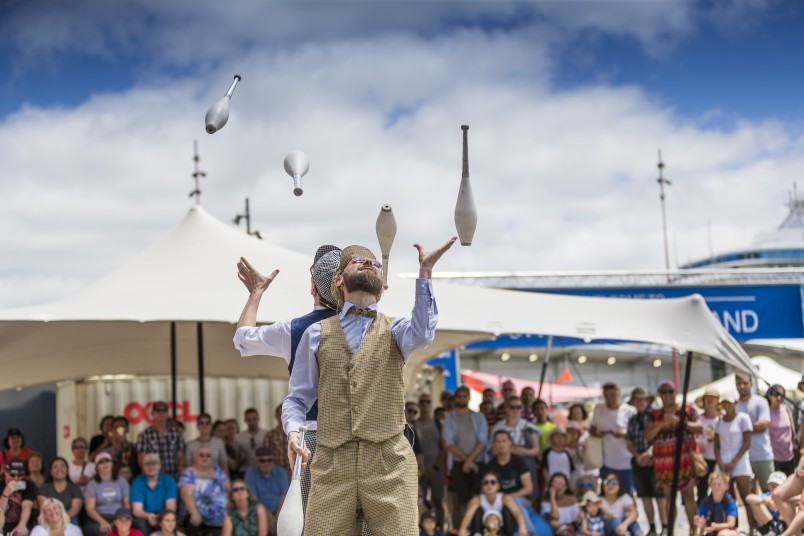 Comedy and wonder come together this Auckland Anniversary Day at the Viaduct Harbour where you can get caught up in the fun and excitement of the Auckland International Buskers Festival. Bringing together a variety of locally based acts who have performed around the world, the Buskers Festival will have the whole family enthralled in a day of outdoor theatre and performance. Check out the schedule here. 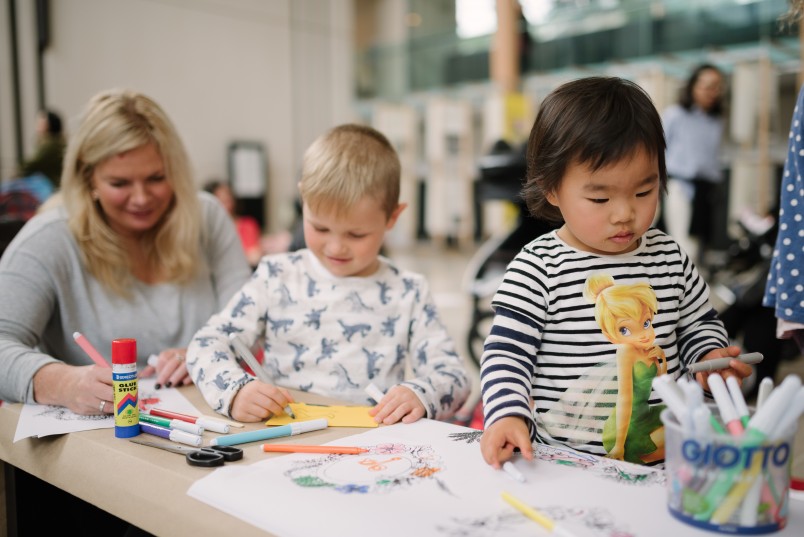 Have fun and make some art with the kids | Auckland Art Gallery, Wellesley Street East

Taking place every Saturday and Sunday in January and February, from 11am-3pm, enjoy these family-focused workshops. Designed for families to get creative together, the workshops offer you the chance to get hands on with activities inspired by current exhibitions, including Toi Tū Toi Ora: Contemporary Māori Art. 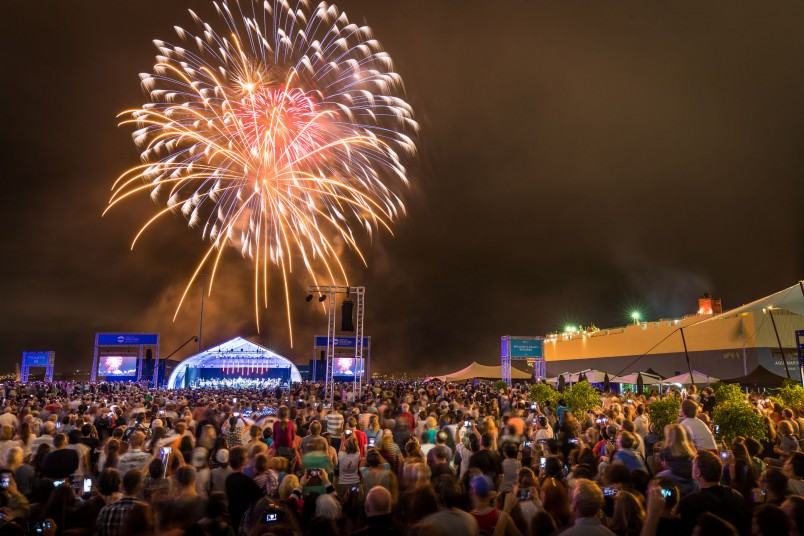 Make it a night to remember at Seeport Festival from 4pm | Captain Cook Wharf, Quay Street

The Seeport Festival is a celebration of Auckland’s maritime heritage and one of the city’s largest free events. What better way to spend Sunday night with the family than enjoying a magical evening of music and fireworks by the water. Bring a picnic and relax with family and friends while listening to local talent, including the renowned Auckland Symphony Orchestra. The evening will conclude with a spectacular fireworks finale. 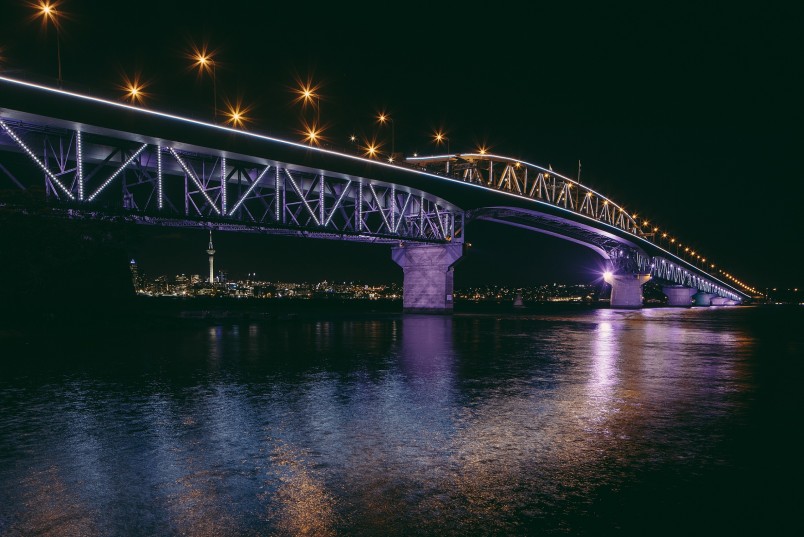 Enjoy a Vector Lights light show on the Harbour Bridge

A light show will play on Auckland's Harbour Bridge to celebrate Auckland Anniversary from January 29 to February 1st. The show will play every 15 minutes between 9pm until midnight, with Vector Lights lighting up the bridge in colourful static designs outside of show times. 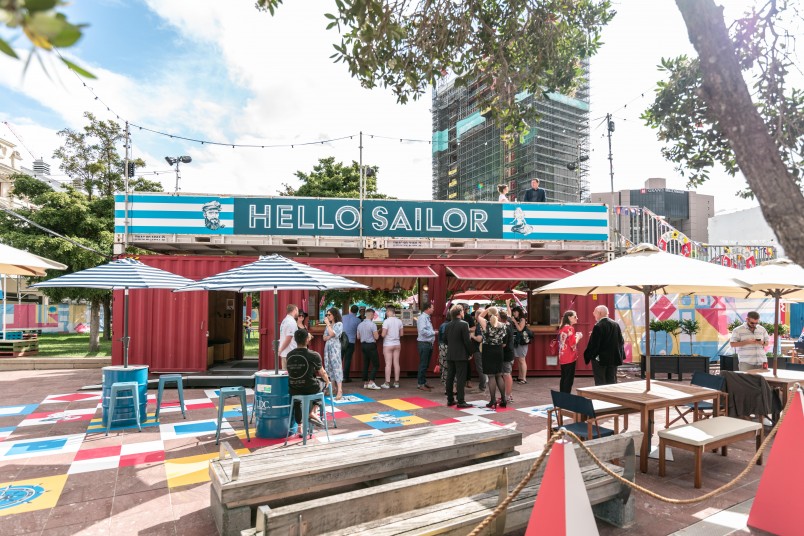 Kick back at Auckland Live Summer in the Square | Aotea Square

Grab a bean bag and chill out in the Hello Sailor pop-up bar area in Aotea Square as part of Auckland Live's Summer in the Square. Base FM DJs: Ian Beatmaster Wright and Grantis will be playing live from 6pm to 9pm on Friday 29 and Saturday 30 January. The atmosphere will be bursting with colour and summer vibes! 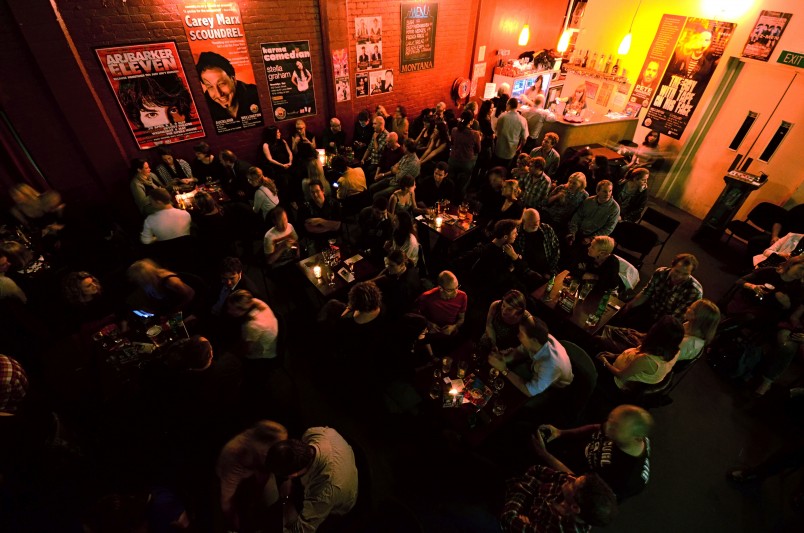 Laugh away at a live comedy show | The Classic Comedy Club, 321 Queen Street

The home of live comedy is back this Auckland Anniversary weekend and is guaranteed to have you in hysterics. The weekend's lineup features 4-5 of their top pro comedians, along with rising stars and new faces in a 2 hour show. This is a must see for anyone keen for a laugh or just hoping to find their favourite new stand up act. 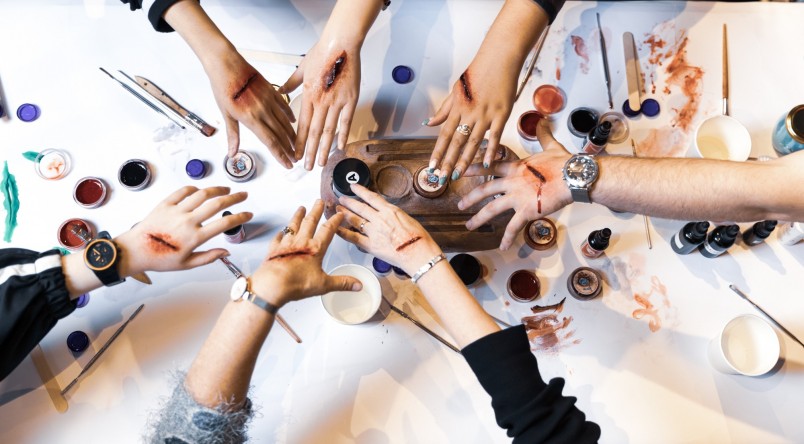 Taking place on Saturdays and Sundays, these brand new workshops are an opportunity for you to gain hands-on tips and techniques from the talented crew at Weta Workshop Unleashed. You can either learn how to create horror-bly convincing wounds with silicon gels and special-effects make-up or create your own leather bookmark. How fun is that! 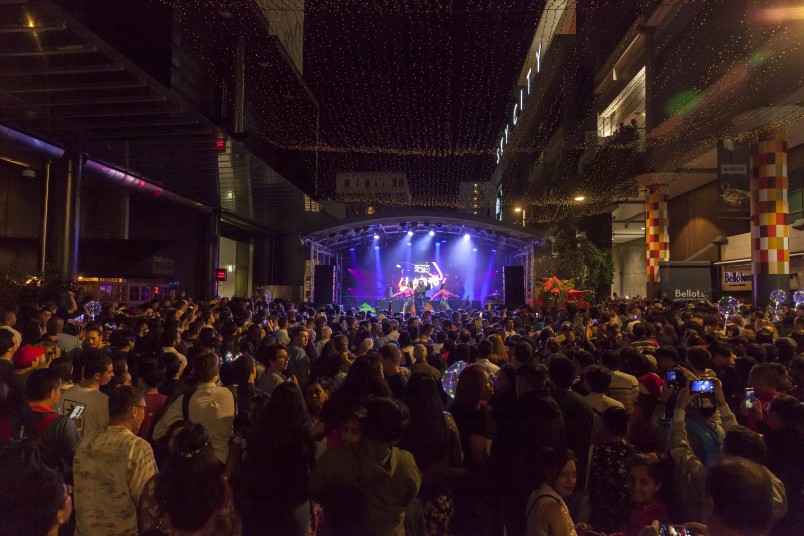 To celebrate SkyCity Auckland’s 25 Anniversary, SkyCity's team is throwing a street party that will bring you back to 1996 when they first opened. There will be food trucks, a pop up bar and live performances from pop singer Annie Crummer, hip hop artist Che Fu, Kiwi icons Jordan Luck Band and house & dance duo Nice ‘n’ Urlich. This is going to be an amazing night! 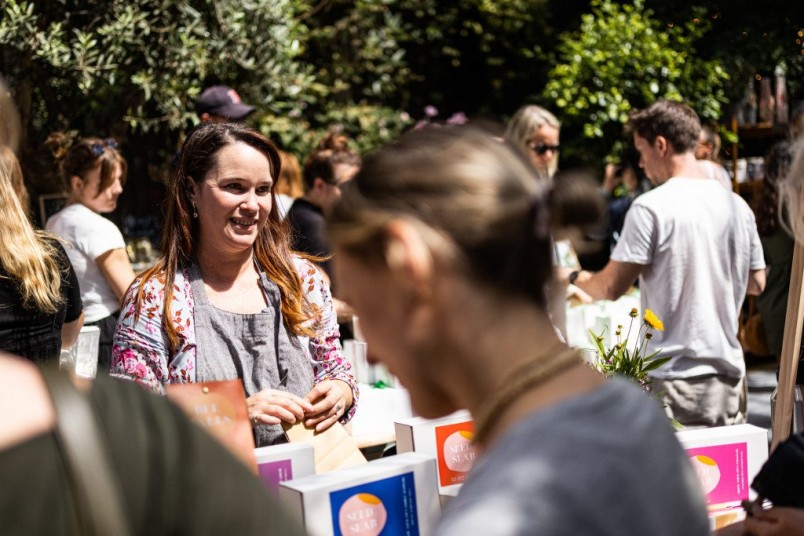 Hit the waterfront and soak up all the yachting action this Auckland Anniversary weekend with General Collective putting on a two days market at The Cloud. This market will showcase the incredible talent of New Zealand’s creative community. 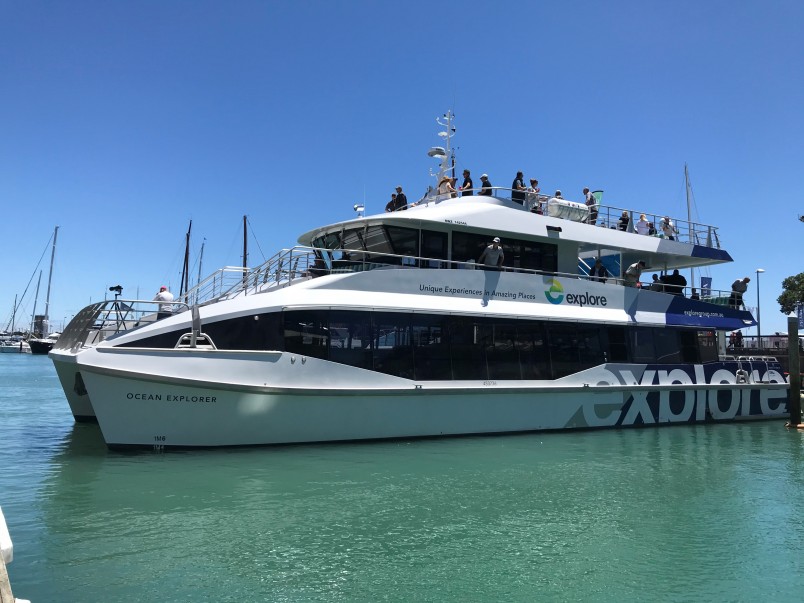 See all the action of the 181st Auckland Anniversary Day Regatta from Auckland's Harbour. This iconic annual event brings hundreds of vessels of all shapes and sizes out on the water - be part of the action and watch it all unfold from on the water too. Following a morning viewing the regatta on the harbour, enjoy a barbeque lunch onboard followed by an island stop where you can swim, walk or relax on the beach. Click here for more details. 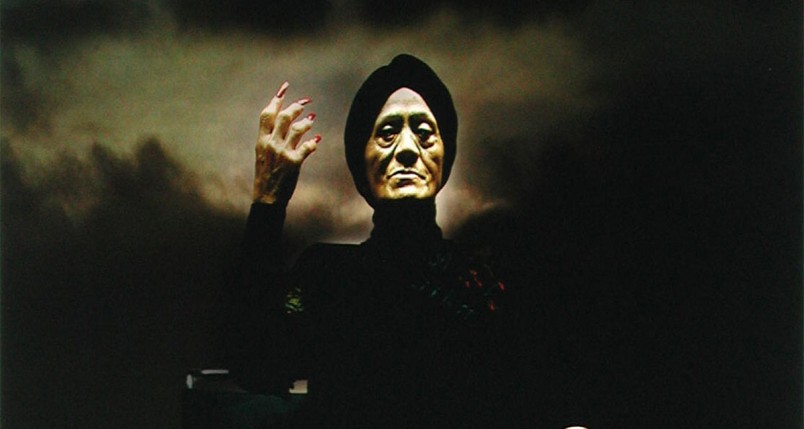 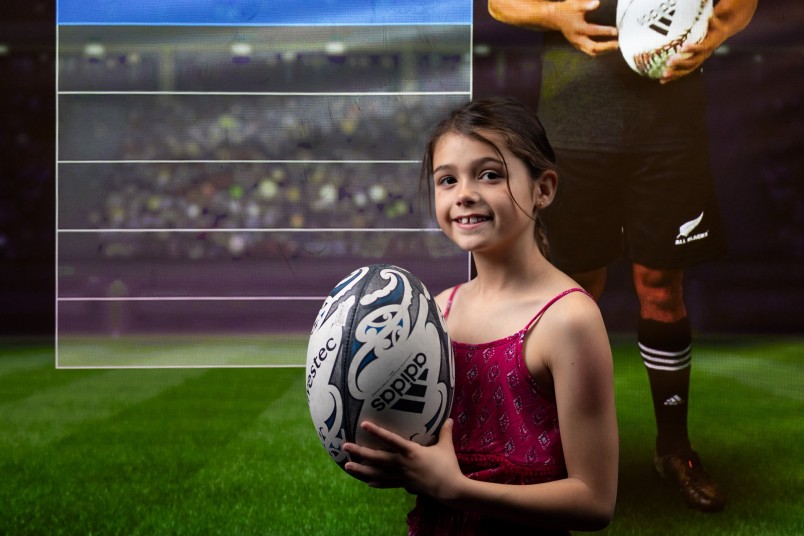 Become an All Black | All Blacks Experience, SkyCity, 88 Federal Street

Whether you're a sports fan or not, you'll enjoy this 45-minute experience where you will learn more about the history, culture and people who have made the All Blacks such an important part of New Zealand’s story. Goosebumps are guaranteed as you face the haka, one of the many great immersive parts of this brand new experience. Plus you can grab 25% off tickets until February 15.