Matariki takes place from June 19 to July 11 in 2021, with the rising of the Matariki star cluster heralding the start of the Māori New Year. So it's fitting that as the stars come out in the evening, the city centre's waterfront begins to glow with a series of incredible lighting displays and public artworks to celebrate. Embark on an evening trail walk to enjoy them for yourself.

Begin your trail in the Viaduct Harbour, starting with a look at their flags for Matariki on display throughout the precinct. Creative director for Viaduct Harbour's Matariki 2021 programme, Tuhirangi Blair of Ngāti Whātua Ōrākei worked with Studio South to bring the concepts to life. Simplified expressions of Maramataka (the Māori Lunar Calendar) lunar phases have been rendered through colours, moon crescents and water reflections. In traditional Māori society, day-to-day activities were guided by the Maramataka lunar phases and the environment, indicating the best time for planting, fishing and harvesting. You can learn about the meaning of each lunar phase via Viaduct Harbour's social media channels - they'll also be suggesting how (and why) to make the most of each day of the Maramataka too.

Now you're in Viaduct Harbour, it will be hard to look past Ngā Mata o te Ariki, a large-scale installation in Market Square. Inspired by the research of Dr. Rangi Matamua, a leading figure in Māori astronomy, and renowned lighting artist James Turrell, Tuhirangi Blair collaborated with Angus Muir for this public work representing specific stars from the Matariki cluster. Expect light, colour and mesmerising movement on the ceiling of the installation, encouraging you to mirror the motion of looking up at Matariki in the night sky.

Coordinated with Reflection - Ngā Mata o te Ariki, the Viaduct Harbour seawall and trees will light up a different colour each night in reference to the different stars of the Matariki cluster. 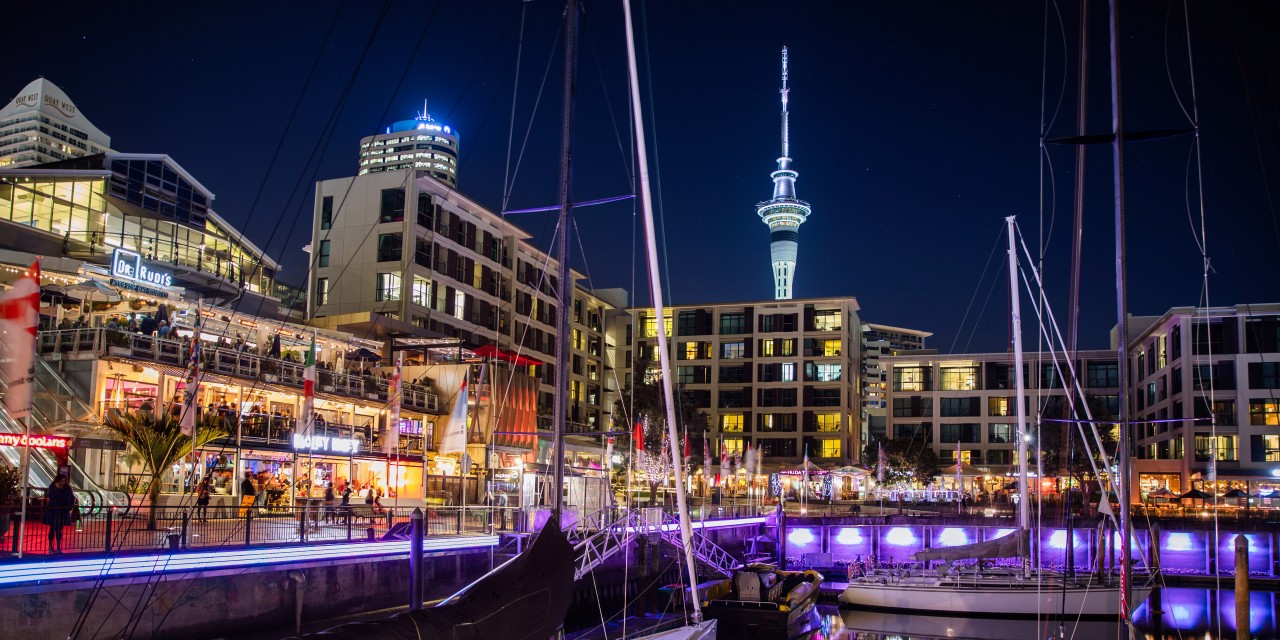 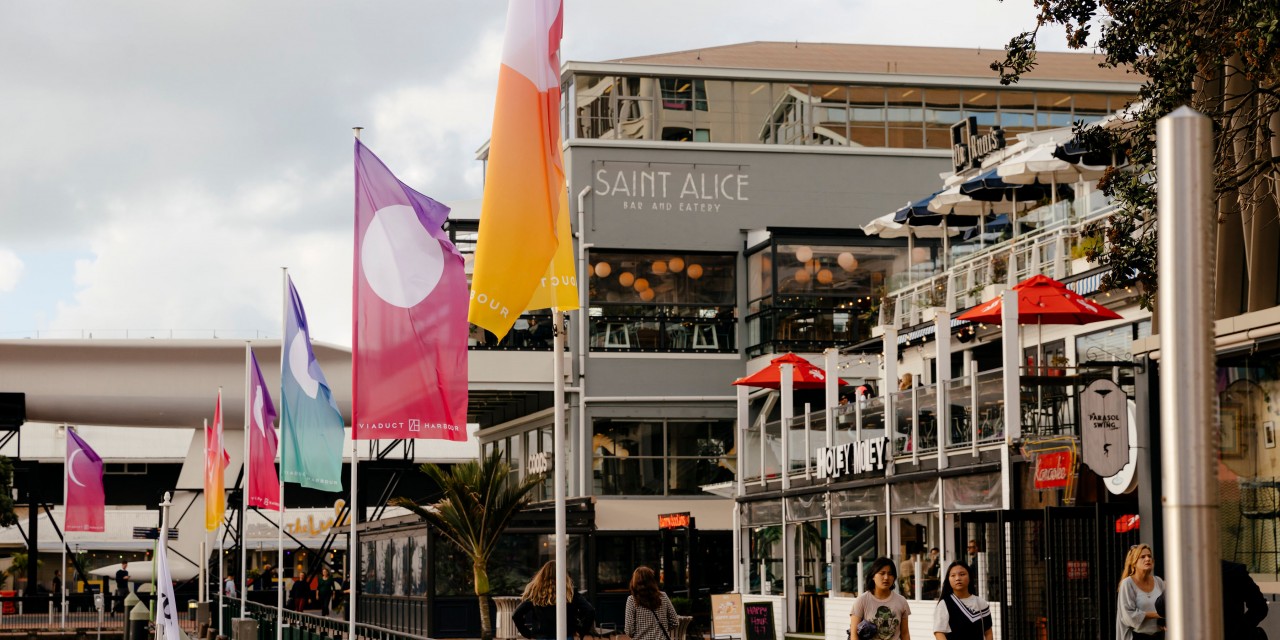 When you're finished in the Viaduct, head down the newly transformed Quay Street into Te Komititanga (and/or) Takutai Square in Britomart to view a series of lightboxes highlighting the main stars in the Matariki cluster such as Pōhutukawa, the star that collects the wairua (spirit) of our dearly departed, and Waitā, representing salt water and the foods that we find in the ocean.

Quick stop: As you're walking to get to the lightboxes, make sure you throw the PwC Tower in Commercial Bay a glance!  With half a kilometre of LED lights, it will light up in spectacular style with Matariki colour combinations.

Seen the lightboxes? For the next leg of your trail, head back down Quay Street to view the digital artwork, Pūtahitanga Kura for Matariki on display at Lightship on Bledisloe Wharf. Made up of nearly 8,500 LED lights, Lightship - a Ports of Auckland initiative paying homage to the city’s artists - is a large-scale contemporary art installation at 13 metres high and 110 metres long. During Matariki, it will display the artwork from two artists of Māori heritage: Abigail Aroha Jensen (Ngāti Porou, Ngāi Te Manuhiri, Te Whanau-a-Ruataupare, Te Whanau-a-Tuwhakairiora, Belfast and Ballymena) and Georgina Watson (Ngāti Porou, Ngāti Mutunga, Moriori, Portuguese, French and British). For more about the works visit The Lightship's website here. 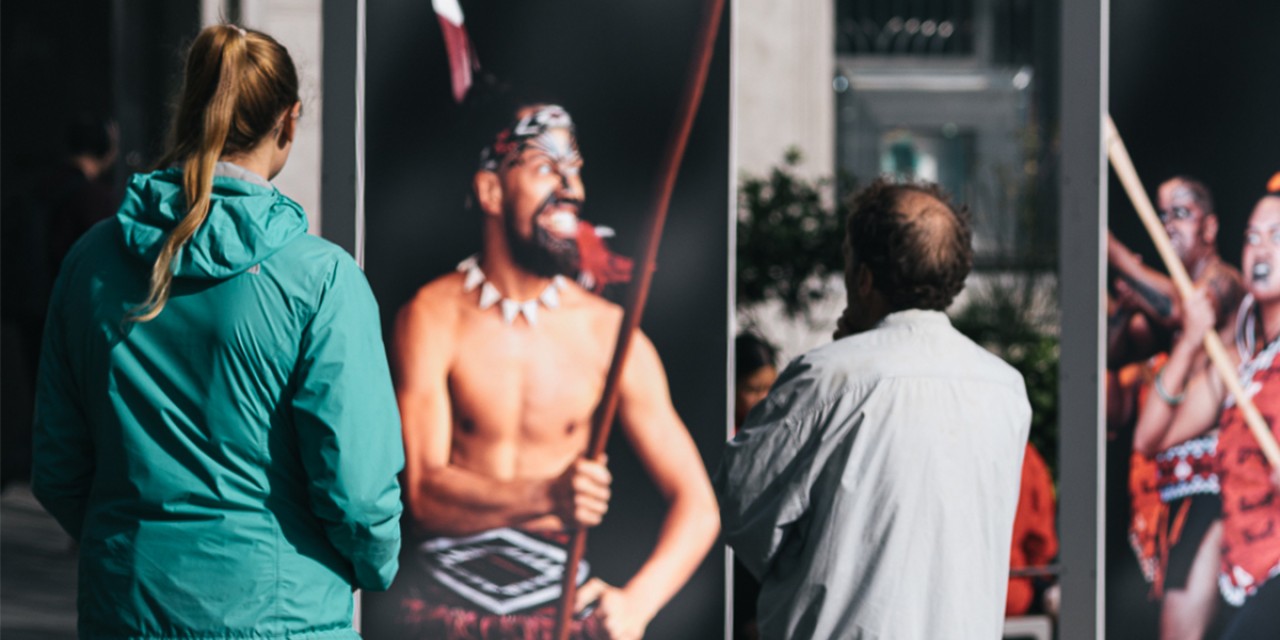 Lightboxes in Takuati Square for Matariki 2020 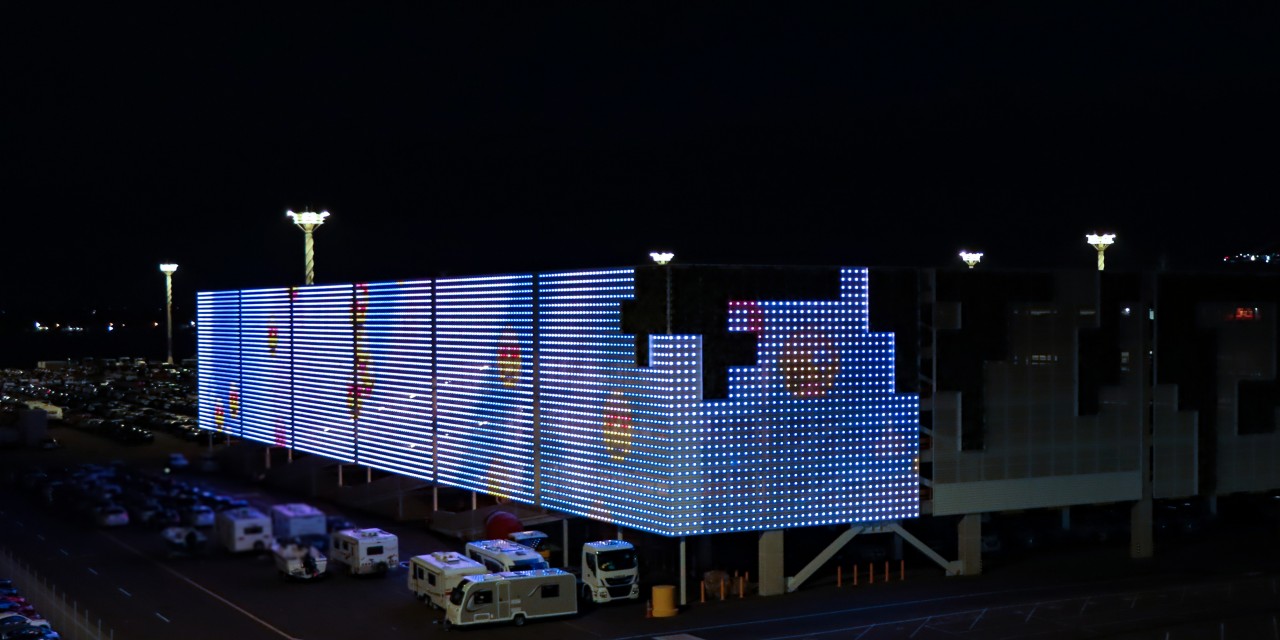 Lightship digital artwork - image indicative only (not of Matariki display)

Continue along Quay Street to get to Mahuhu ki Te Rangi Park by Spark Arena, to find four pōhutukawa trees lit with graffiti lighting in whenua colours. They'll make a great addition to your Instagram feed!

When you're heading back to the city centre, make your way into the Aotea Arts Quarter to check out the major new sculpture by artist Reuben Paterson that will rise vertically out of Auckland Art Gallery’s forecourt pool. Paterson (Ngāti Rangitihi, Ngāi Tūhoe, Tūhourangi) says the sculpture, made of 611 iridescent crystals, navigates a spectacular journey from Papatūānuku (mother earth) into the embrace of Ranginui (the heavens, or the sky father) and will cast a galaxy of stars over the pool. Paterson says his inspiration for the crystalline sculpture originated in the well-known legend of a phantom waka that appeared at Lake Tarawera 10 days before the eruption of Mt Tarawera in 1886. Read more about the sculpture here.

You're now coming to the completion of your art and light trail for Matariki - but that's not before taking a moment or two to marvel in two of Auckland's greatest landmarks -  our Sky Tower and the Harbour Bridge! Sky Tower will be lit to celebrate the rising of Matariki on July 2 in the colours of sunrise, and from July 3 to July 9, it will reflect the colours of the night sky. On 10 July, it will conclude the rising phase with the colours of the sunset.

Vector Lights for Matariki Festival 2021 is a creative new light show on the Harbour Bridge, shining on the weekends of 19-20 and 25-27 June, 2-3 and 9-11 July. This year, enjoy a story of the festival’s iwi manaaki (host iwi), Ngāti Whātua Ōrākei, and their migration to Tāmaki Makaurau. The light show portrays the pepeha (tribal lineage) origins of Ngāti Whātua Ōrākei, who came from beyond Nukuroa (Aotearoa) in Wairotī and Wairotā. The lightshow portrays the pepeha (tribal lineage) origins of the iwi, who travelled from the islands in a waka hourua (double hulled canoe) and made landfall in Aotearoa. The show runs for 5 mins and plays every half hour from 6pm until midnight. Vector Lights on Auckland Harbour Bridge is a smart energy partnership between Vector and Auckland Council. Part of Matariki Festival 2021. 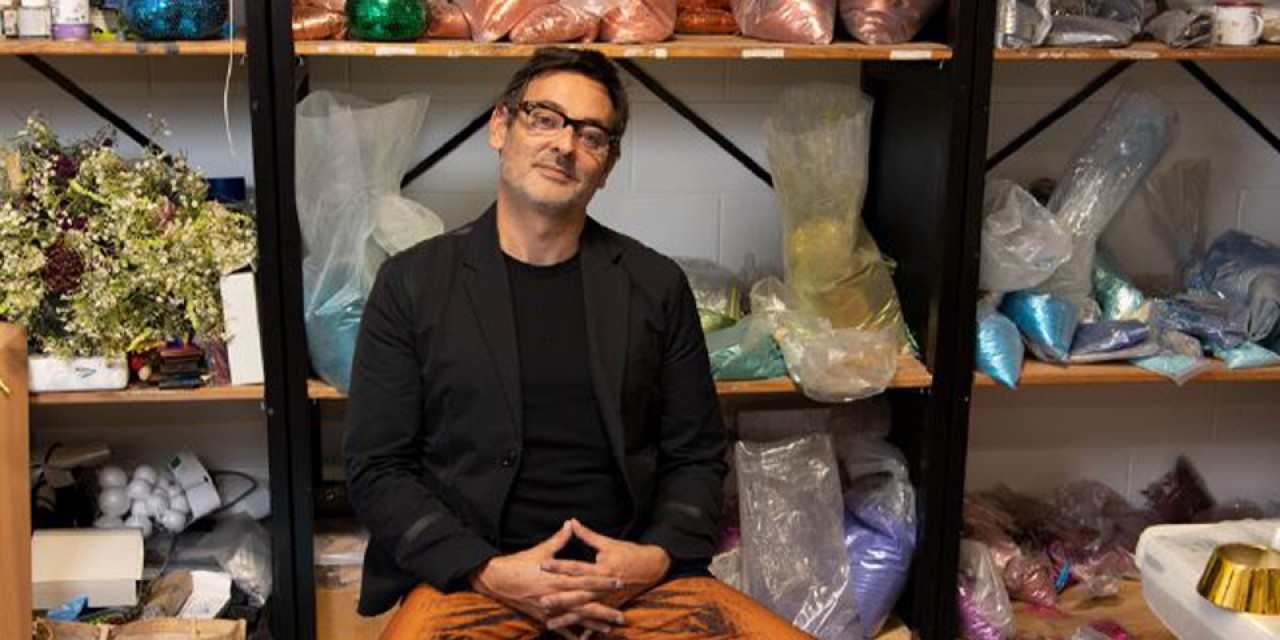 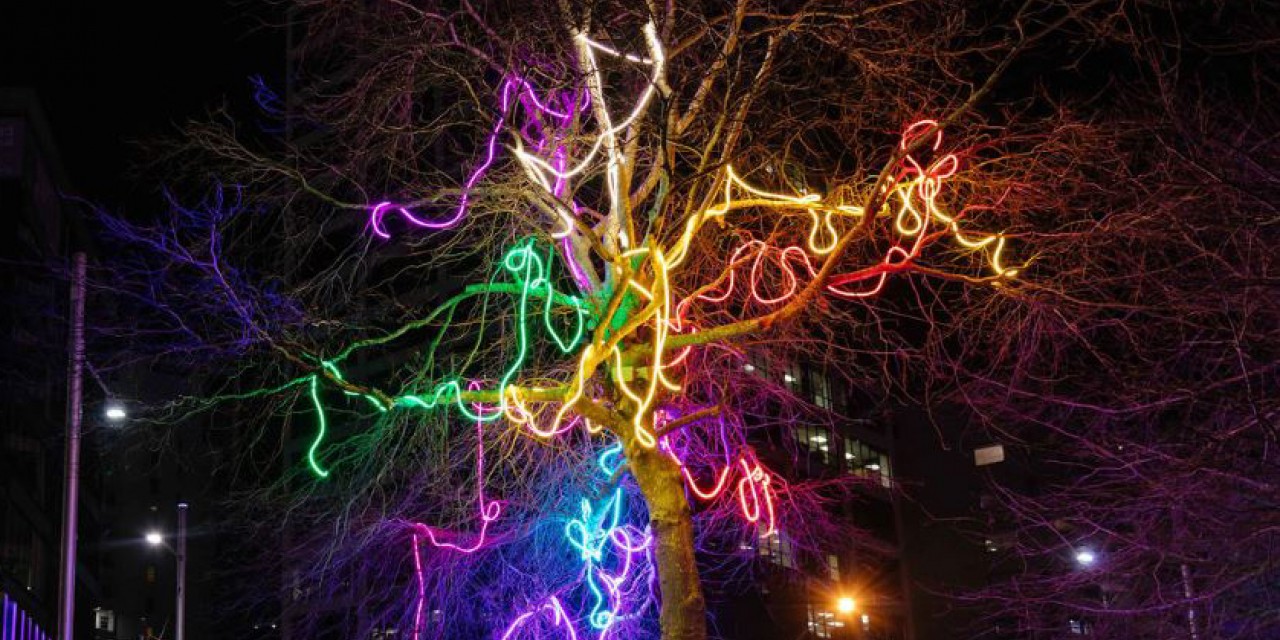 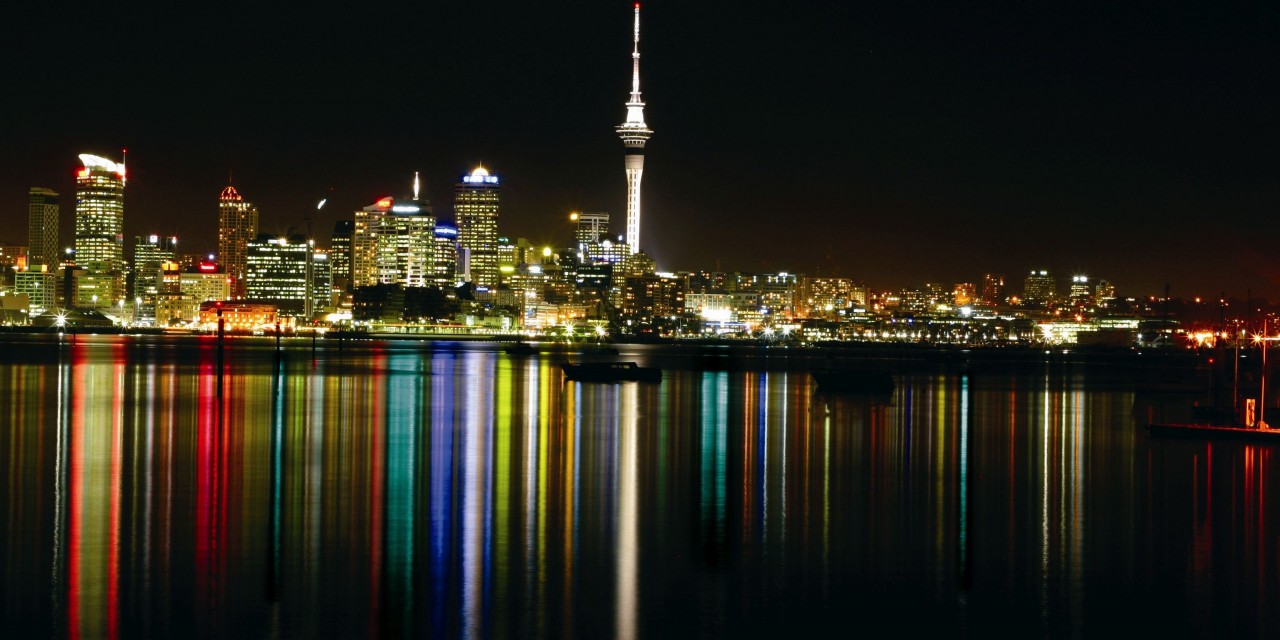 The Sky Tower will light up to depict the colours of sunrise and sunset during Matariki (June 19 - July 11) this year.

While you’re checking out the stunning art and lighting displays for Matariki Taimoana, don’t miss 11 beautifully lit trees in and around Queen Street, Aotea Square, Freyberg Place and Lorne Street that can be enjoyed at the same time.