Award-winning venues in the city centre

When planning a trip into the city centre for a nice meal, an overnight stay, a spot of shopping or something else fun, check out these venues with awards and accolades to their names that should place them at the top of your must-visit list. 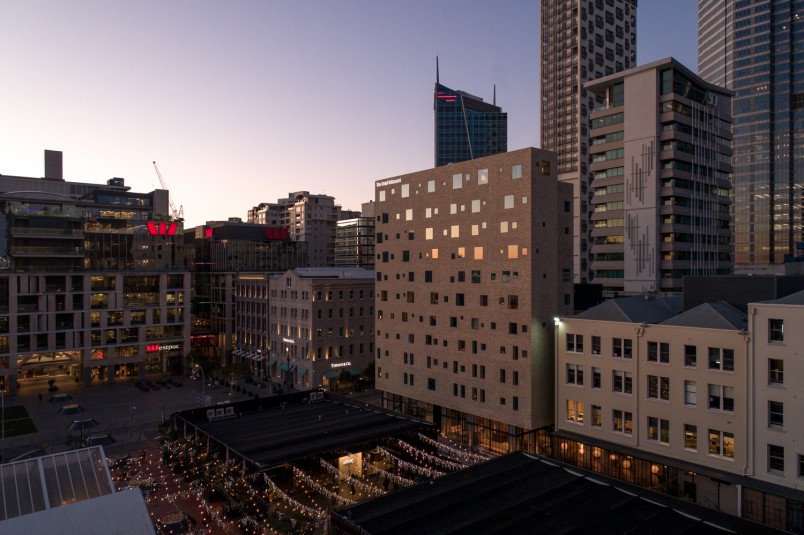 The Hotel Britomart, for its nod on the Best New Hotels list and accolades in sustainability

New Zealand’s first 5 Green Star Hotel, The Hotel Britomart opened in spring of 2020 and was designed by Cheshire Architects with a unique aesthetic set over 10 floors. Set in the heart of the beloved shopping and hospitality precinct that is Britomart, it was recently named one of the best new hotels in the world as part of Condé Nast Traveler’s prestigious 2021 Hot List. It is the only New Zealand property on the list as well as one of only two from Australasia.

In September 2021, it also received a global accolade for its sustainability efforts, being named runner up in the Good Egg (most sustainable hotel) category in London-based National Geographic Traveller Magazine's Hotel Awards. Find out what it is doing to be leaders in this space here. 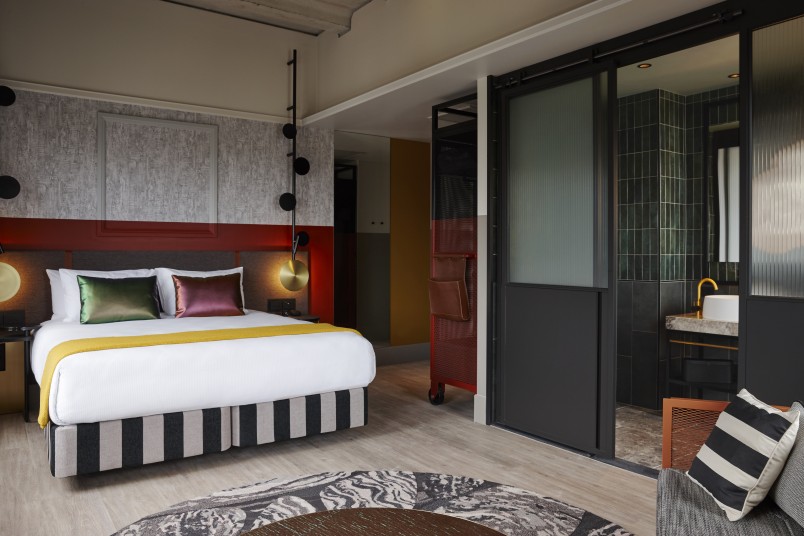 Following its opening in November 2021, QT Auckland was named the winner of the Paul Davis Hotel Design Award for the Best Refurbishment in Australasia. The Paul Davis Design Awards recognise the best-of-the-best in design and architecture in the hotel, tourism and hospitality fields in New Zealand, Australia, and the South Pacific and the quirky Viaduct Harbour hotel ticked all of the boxes. No detail was spared in the QT's unconventional oyster-inspired design - the weathered, rough, raw and natural textures of the shell's exterior juxtaposed with the smooth, colourful and luxurious nature of the inside. Expect the unexpected when you stay at this hotel, like curved walls, exposed concrete and asymmetrical layouts. 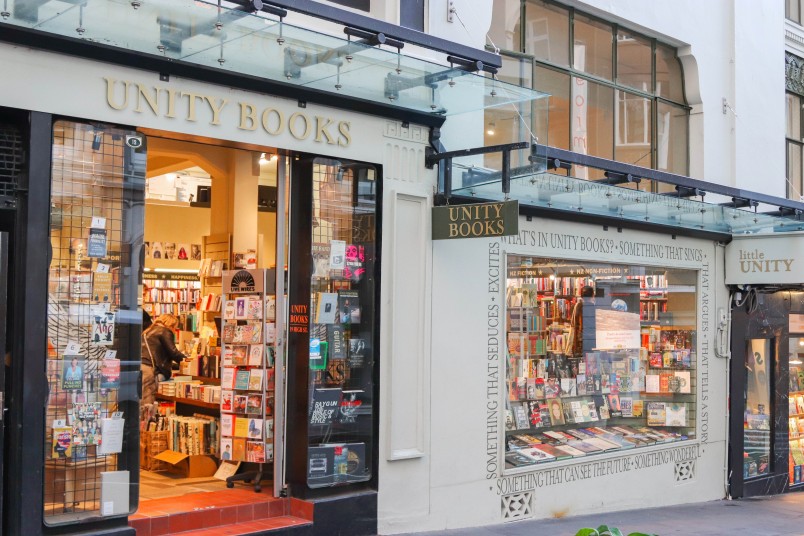 Unity Books, for scoring Bookstore of the Year in 2020

In 2020, the same year it celebrated being open for 30 years in Auckland city centre, Unity Books was awarded the global 2020 Bookstore of the Year award, a category in the London Book Fair’s International Excellence Awards. This gorgeous retail store in the heart of the High Street shopping district is home to over 10,000 books, and also has a dedicated children's bookstore - Little Unity - next door too. 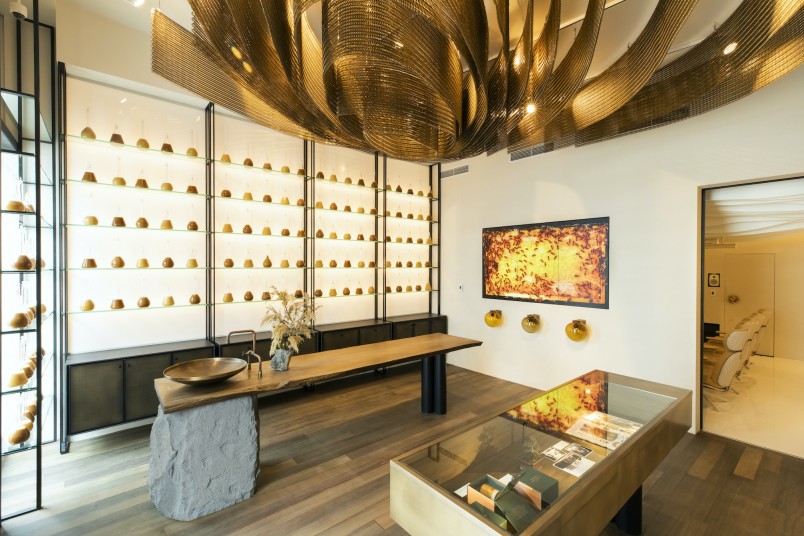 Comvita for its award winning retail and experiential space

Manuka honey producer Comvita recently opened its Wellness Lab experiential space on Quay Street, featuring a tasting tour that helps visitors explore mono-floral honey through five senses, including smell, touch, sight, and hearing. It's quickly become one of the most unique retail experiences you can enjoy in the city centre and received the top accolade in the Retail Award category at the 2021 Interior Awards. Don't miss this immersive retail experience next time you're in town, that connects you to Comvita's brand story and educates you on the world of bees and honey. 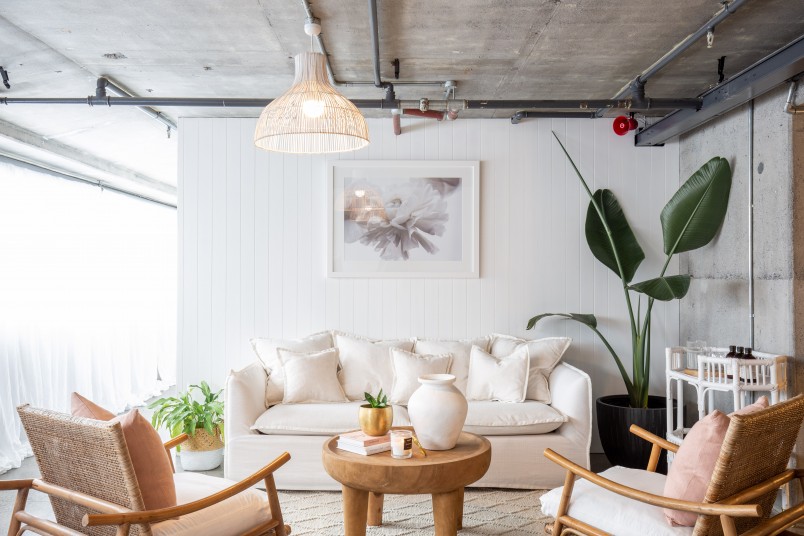 The Facialist, for the best holistic facial as voted by the people

The Facialist specialises in holistic facials and skincare with a beautiful boutique clinic located in City Works Depot. Thousands of votes were cast to crown The Facialist the best of the best in the Denizen Everyday Heroes Awards - so book in for your next facial here and treat your skin to something truly special. 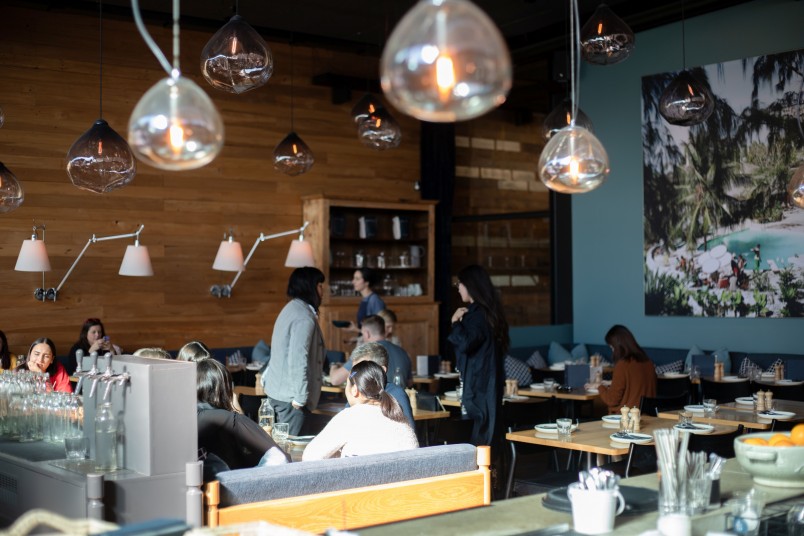 Odettes, for being Remix's Cafe of the Year

Odettes brings a slice of Eastern Mediterranean chic to City Works Depot and has long been a favourite eatery in the city centre, praised for its delicious food, indoor/outdoor flow and impeccable service from its friendly staff. This year it took out Cafe of the Year in Remix's Lifestyle Awards for 2021. Check it out next time you're in the area, and read more about customer favourite Poi Eruera, Odette's operations manager, who we profiled in our recent Women in Hospitality story. 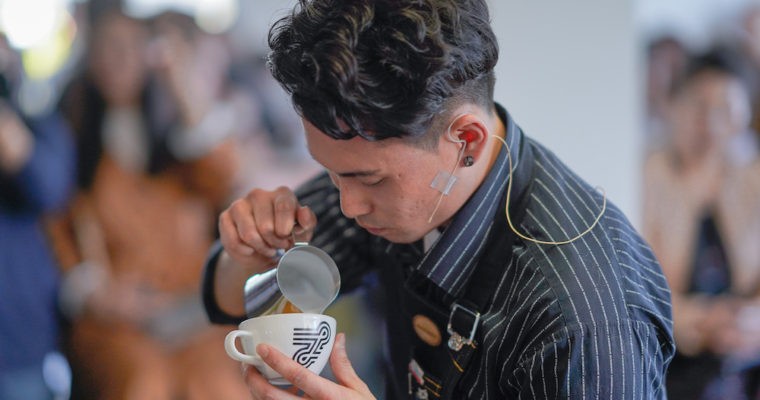 Mojo Coffee, for having the best coffee artist in the country

Excellent coffee isn't where Mojo stops! It's also home to the best coffee artist in New Zealand too, with barista Hoony Chae having won the top spot at the NZ Latte Art Championships in 2019 and 2020. The championships showcase the artistic expression of some of the best latte artists from around the country, and his accolades have seen him go on to represent New Zealand in overseas competitions too. Enjoy his incredible barista skills and works of art across Mojo's city centre cafes including Mojo Queen Street and Mojo Vulcan Lane. 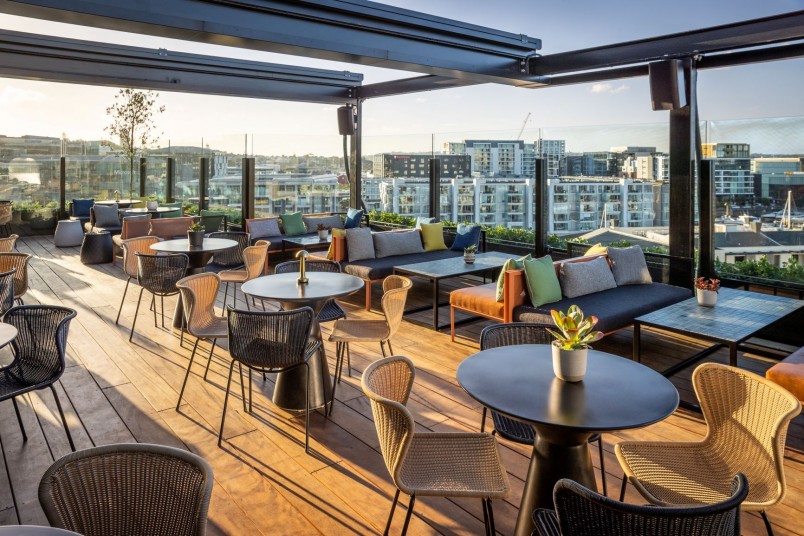 Perched above it all on the sixth floor of the QT Auckland, Rooftop at QT offers a peak drink and dine experience flowing from laid back afternoons to lavish late nights. With stunning city and harbour views and its mezze snacks taking cues from Esther's Mediterranean-inspired menu, it's no wonder this newcomer to the bar scene has already made it to the top of Remix's list.

If it's cocktails you're after, turn your attention from the rooftop to underground and look no further than Caretaker, downstairs in Britomart's Roukai Lane. Modelled off the classic cocktail lounges of New York, where their philosophy centres around designing drinks around your favourite flavours, Caretaker is definitely worth a visit. 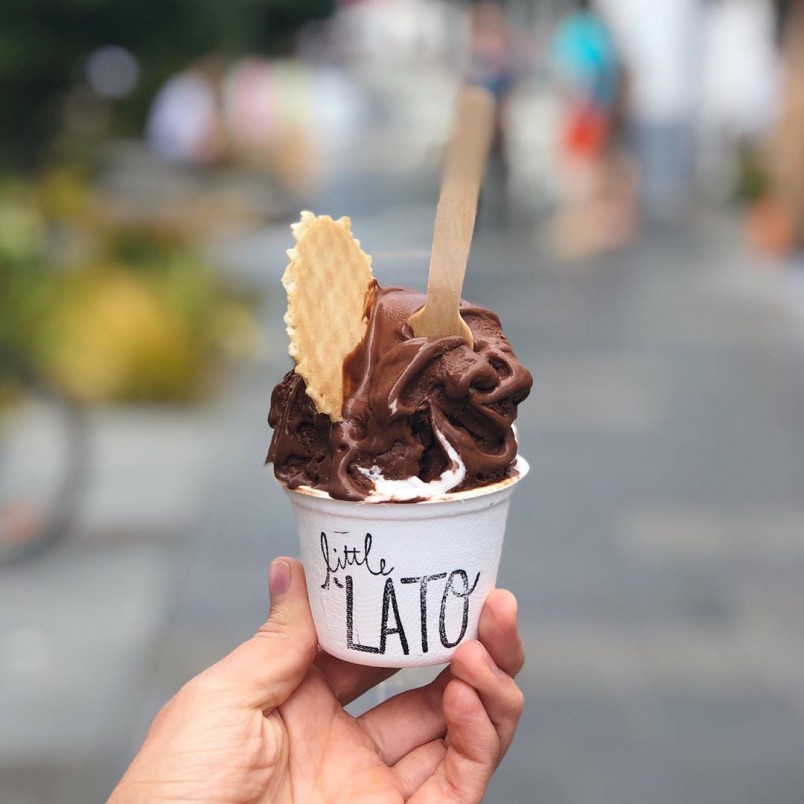 Little Lato for having the best icecream in the country

For a small little icecream shop in Wynyard Quarter, Little Lato certainly punches above its weight! At the start of 2021 it was voted the country’s favourite place to buy ice cream and we couldn't agree more! All recipes are developed from scratch and are made by hand on-site with only the best ingredients - think real fruit and NZ-made dark chocolate - yum! 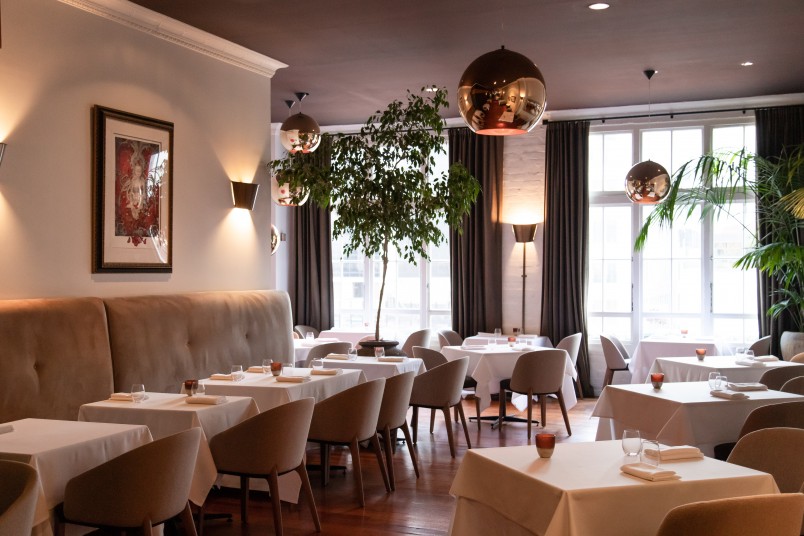 The Grove, for its inclusion on TripAdvisor's Best of the Best list

The Grove, a fine dining establishment in St Patrick's Square was ranked the no 1 fine-dining restaurant in New Zealand, and 15th in the world, on TripAdvisor’s 2021 Travellers’ Choice "Best of the Best” Restaurants list, based on traveller reviews and ratings. Marrying exquisite modern New Zealand cuisine with a relaxed and sophisticated atmosphere, be sure to add this place to your list when you're next planning a special dining occasion.

Sails ⁠Restaurant at Westhaven Marina also made the coveted list sitting at 25th world-wide and second across the country.

After having a break from the Auckland restaurant scene when Merediths closed in 2017, Michael Meredith returned to the Auckland dining scene with Mr. Morris on Britomart's Galway Street, much to diners and critics' delight. The dining experience, paired with the inventive Pacific-influenced cuisine has already drawn high praise despite being open for less than a year - being the Supreme Winner in Viva's Top 50 Restaurants for 2021, as well as being awarded the Best New Restaurant and Best Wine Line accolades from Metro's annual Top 50 list too. 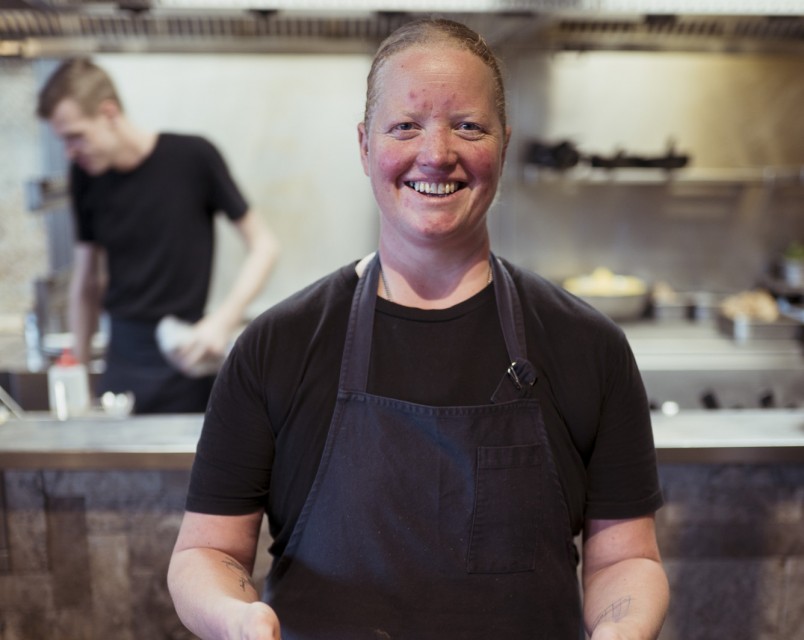 At one point, Jo Pearson was the executive chef of close to 10 restaurants and cafes under the hospitality powerhouse Hipgroup, incuding Amano, Ortolana and The Store. Now she is the executive chef and co-owner at Alma and continues to cement her place as one of the best in the industry, with her latest venture quickly becoming highly acclaimed for bringing the tastes of southern Spain to Britomart. Its name translates to ‘feeds the soul, lifts the spirit’, and that's just what Jo does everyday in her craft, which is why she was awarded with The Produce Company Best Chef award as part of this year's Metro Top 50 list. 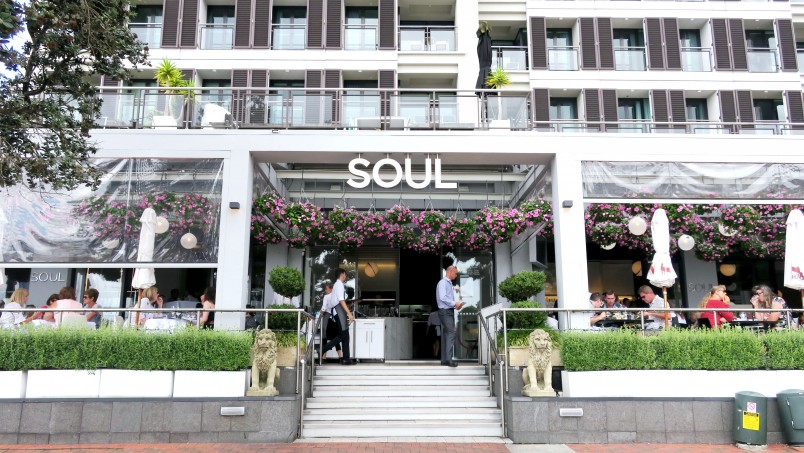 Soul Bar & Bistro, for being Remix's Restaurant of the Year

One of the city centre's most loved dining institutions in the heart of the Viaduct Harbour, Soul has once again confirmed its icon status after receiving Remix's Restaurant of the Year as part of its Lifestyle Awards for 2021. A restaurant with no explanation needed - find out why its considered one of the best by booking a table to try for yourself. 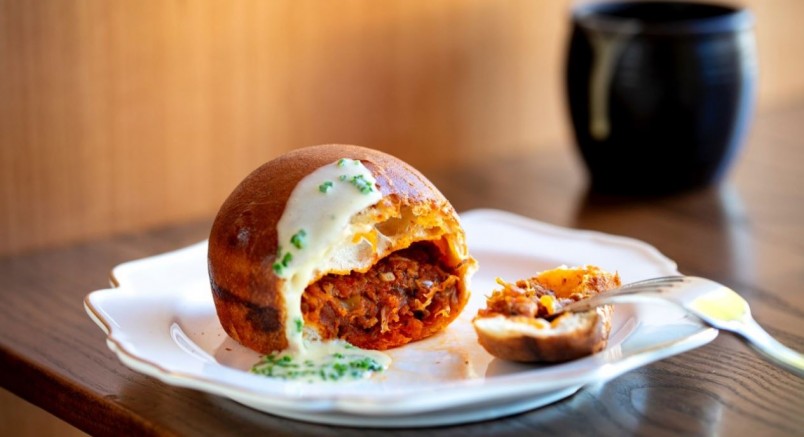 The winner of Metro's Best Casual Restaurant award in 2021 goes to the Commercial Bay gem that is Gochu, and that's not all - they also received the award for Best Dish thanks to their mouthwatering milk buns. Meaning chilli pepper in Korean, Gochu brings you a whole new New Zealand Korean cuisine experience like no other, serving fresh, flavour-filled dishes plus modern wines, cocktails and good times. 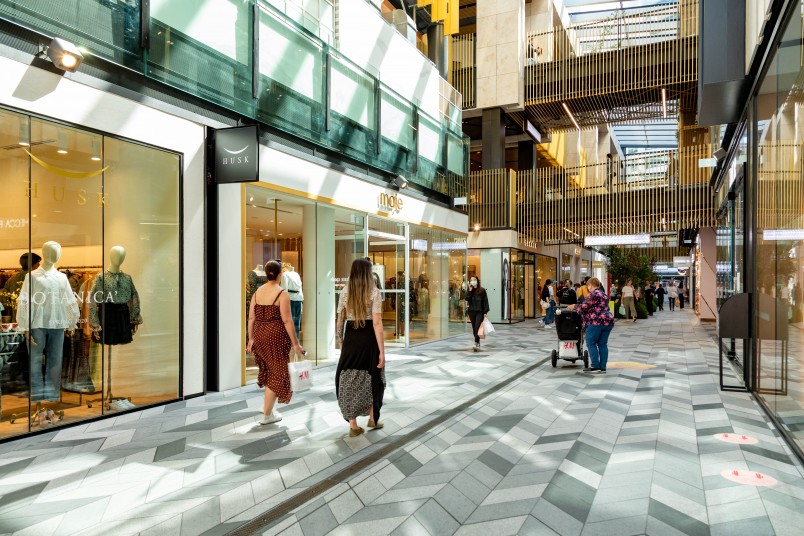 Celebrating its first birthday in June 2021, Commercial Bay is Auckland's newest retail, hospitality and commercial precinct with an incredible retail, food and beverage offering. And its not just its stores that make it worth the visit - make sure you check out its architectural brilliance. In 2021 it was the winner in the Commercial Architecture category at the 2021 Auckland Architecture Awards, praised for being boldly sculptural, embracing the future, while still honouring the city’s past. See more reasons why we love this award-winning destination in the city centre here.

Metro's Top 50 list of the best cafes in Auckland for 2021 features an amazing 8 cafes from the city centre that made the cut...

Metro magazine's Top 50 list of the best restaurants in Auckland for 2021 featured an amazing 17 restaurants from the city...

A spring walk in the city centre